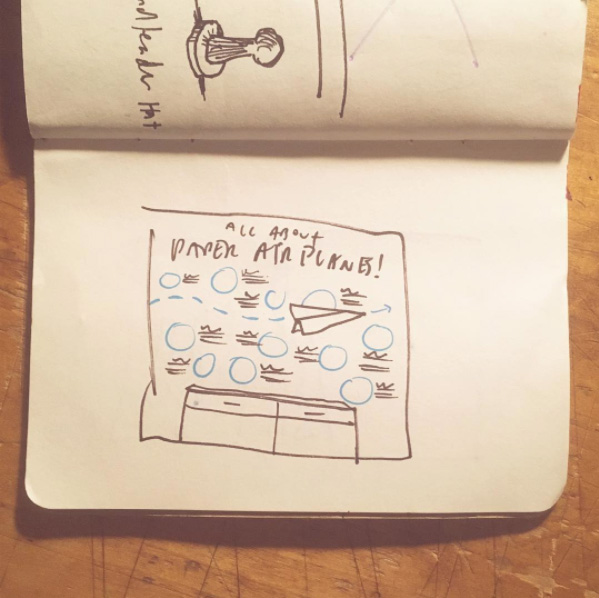 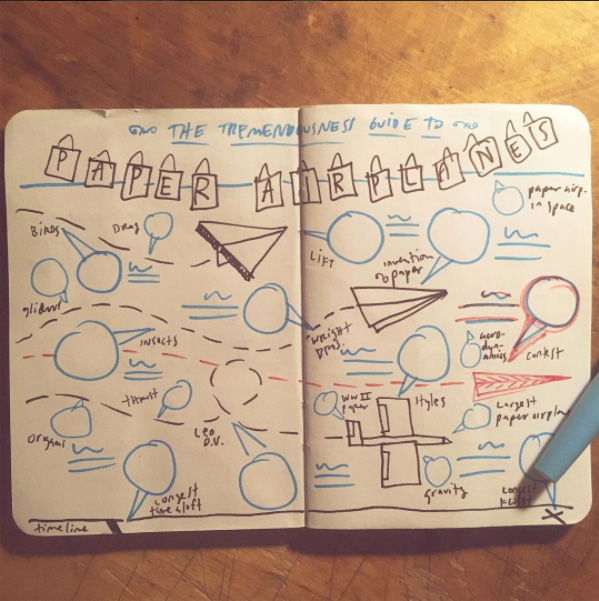 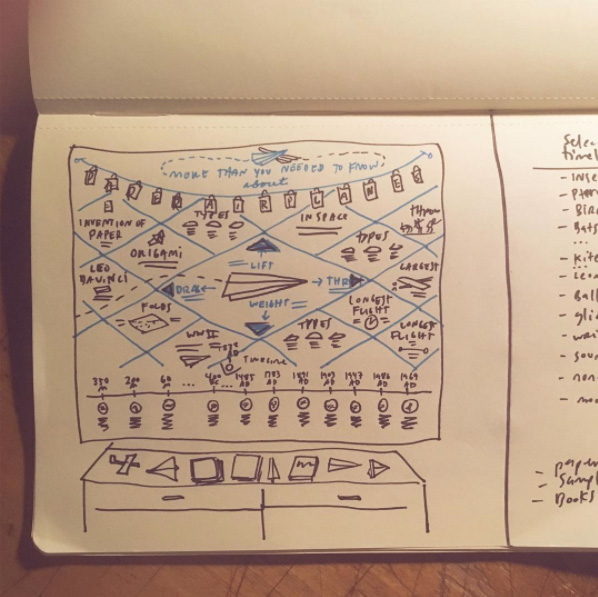 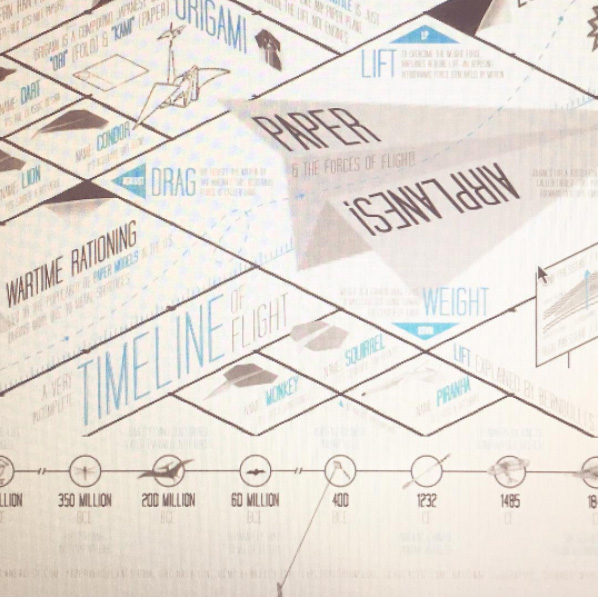 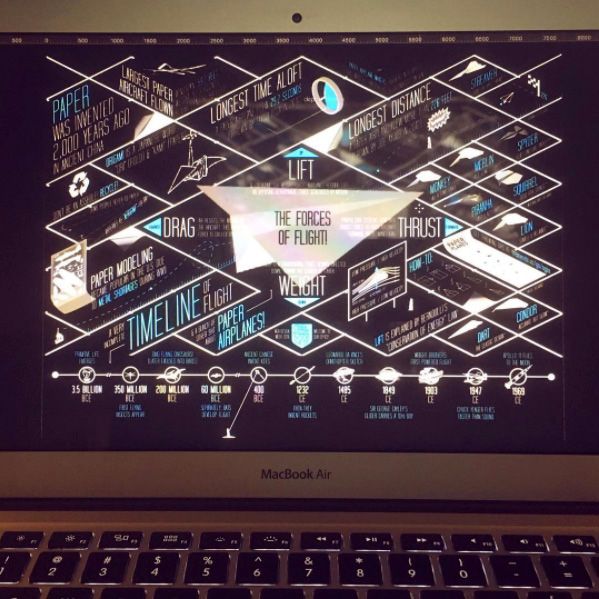 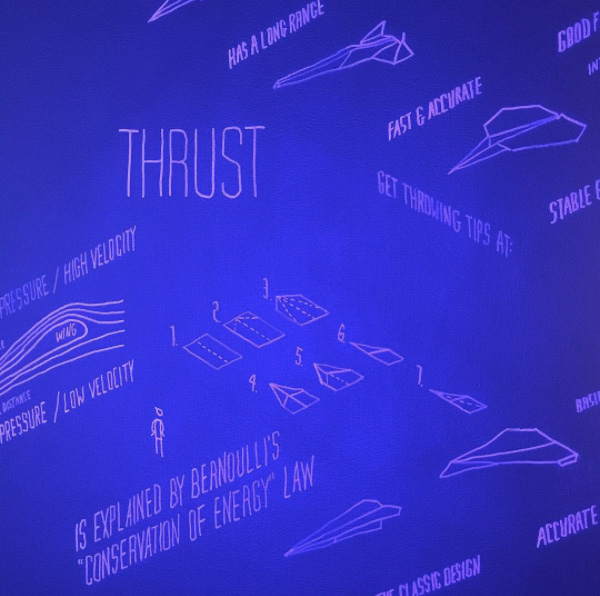 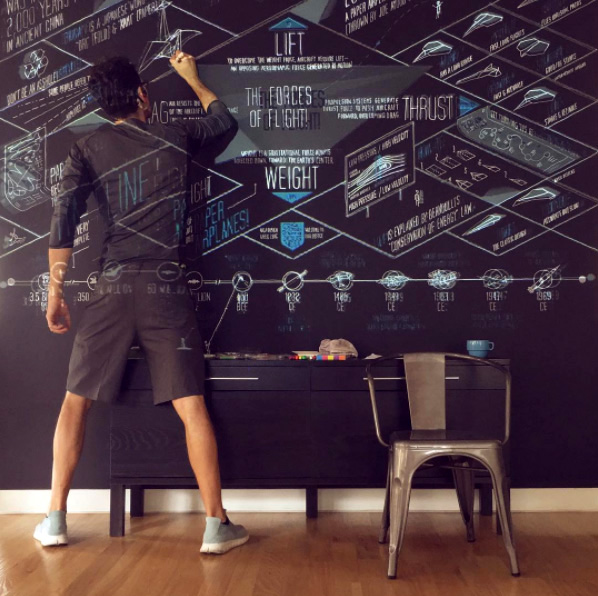 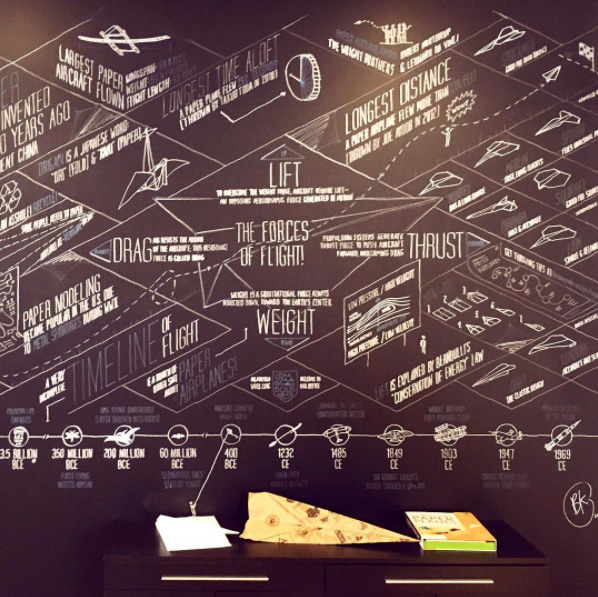 I made this chalk marker mural in Tremendousness‘s STL office for AIGA Design Week 2016.

Not really sure why I picked paper airplanes—I think it just sounded fun and would lend itself to visualizations.

I posted the series on Instagram but here’s the story:

*”Erasable” chalk markers are not erasable.


Finding gratitude
Back to Portfolio
Intermission