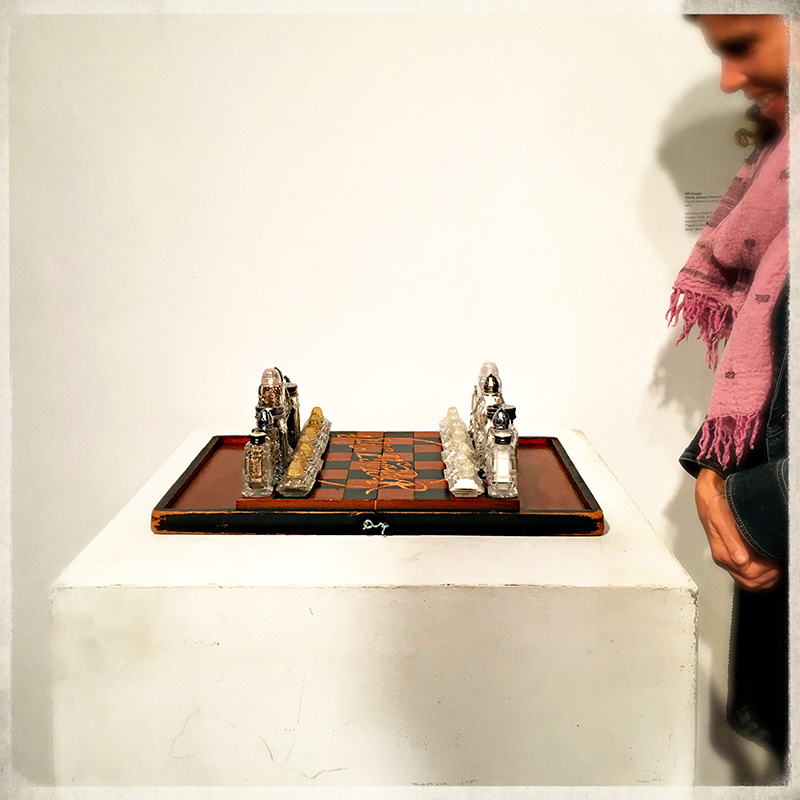 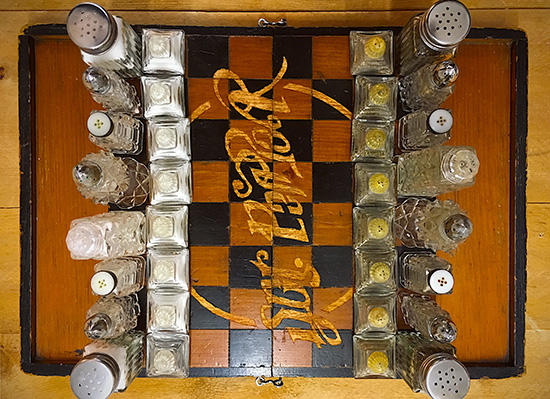 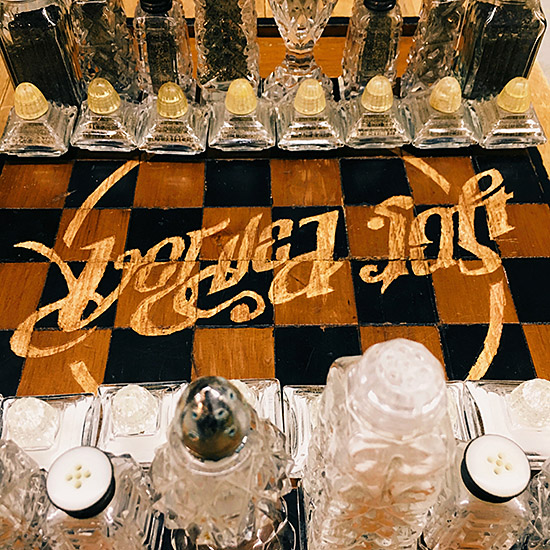 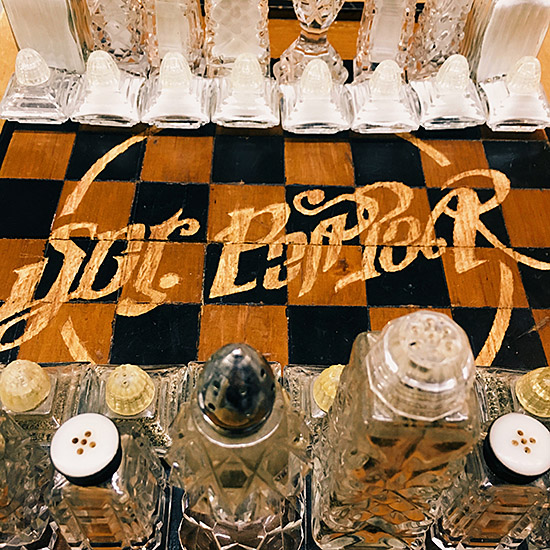 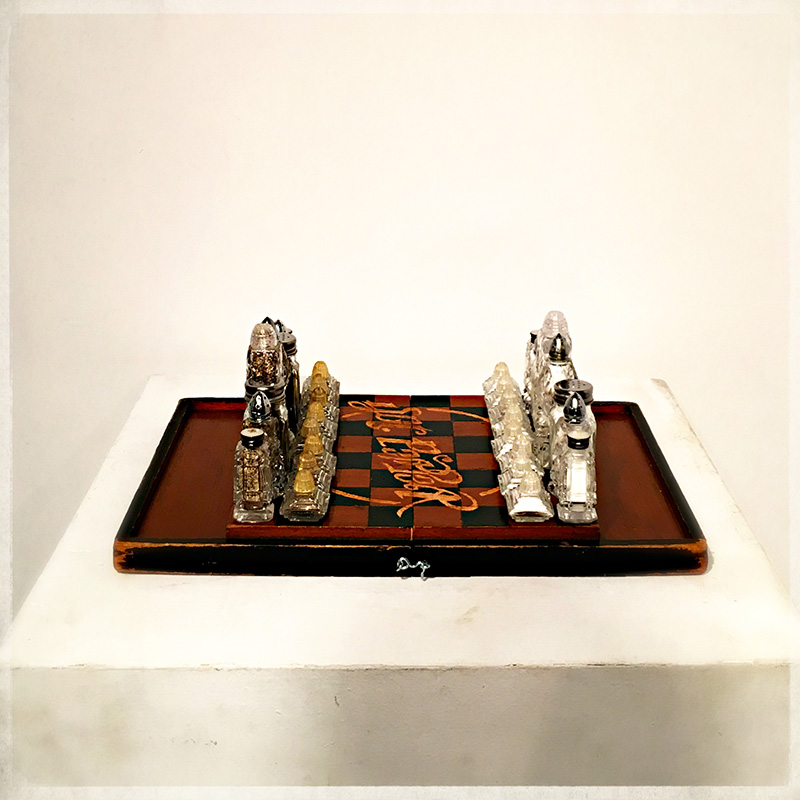 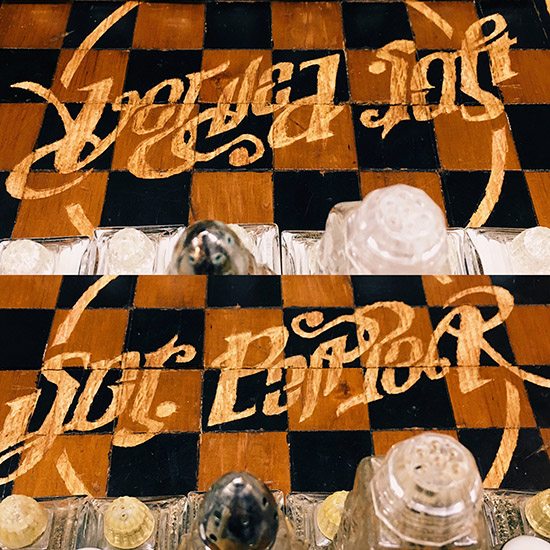 Made with vintage salt and pepper shakers and a primitive old chess board, this piece follows the 2016 Famous Fictional exhibit theme of “Versus!”

Salt is from Roald Dahl’s 1964 book Charlie and the Chocolate Factory (with, admittedly, more inspiration and nostalgia coming from the 1971 film version “Willy Wonka & the Chocolate Factory”). Pepper is from The Beatles’ 1967 “Sgt. Pepper’s Lonely Hearts Club Band” album, even though I’ve always liked “Revolver” best.

Originally my project was going to be a set of Risograph prints of just the ambigram design. They turned out fine, but I had recently seen the “Self-Taught Genius” exhibit at the St. Louis Art Museum and had folk art on my mind. Plus, I always like to make something different and just nearly rule-breaking for this fun annual show.

So at the last minute I scratched out the prints idea and (literally) scratched this in. Now Veruca Salt does battle with Sgt. Pepper via an ambigram-scarred chess set that my mom put together).


#LIGHTANDLINES 2017
Back to Portfolio
Finding gratitude