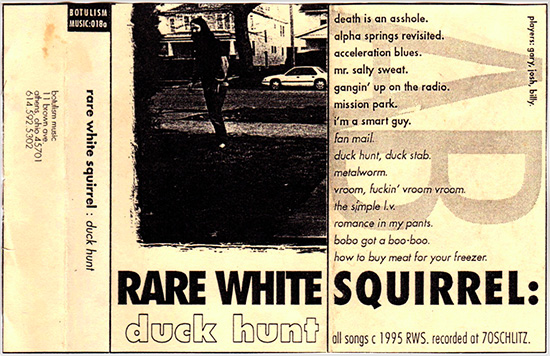 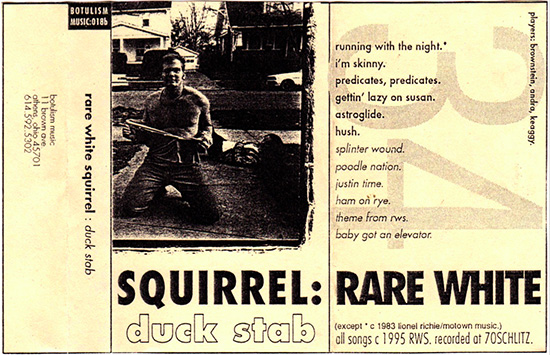 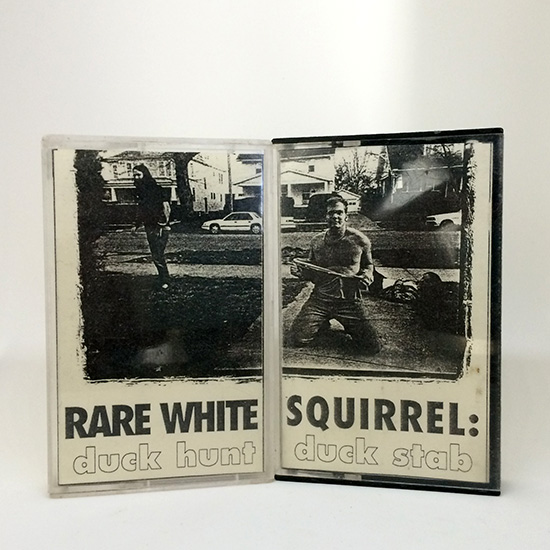 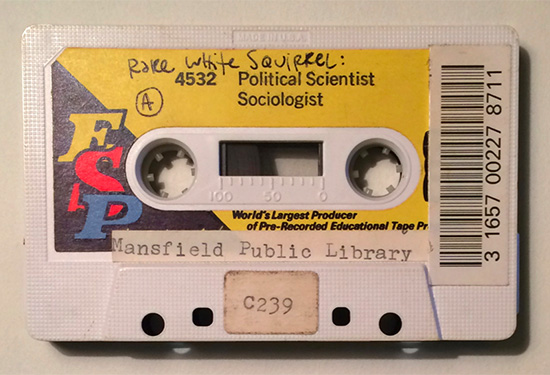 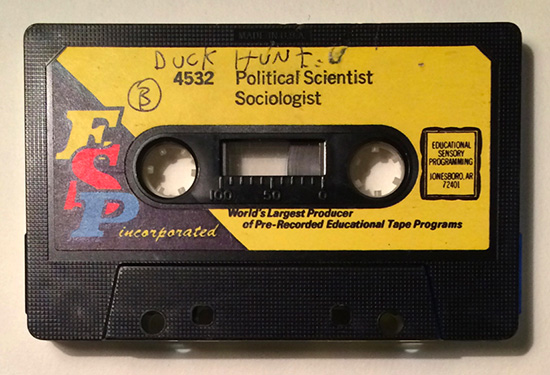 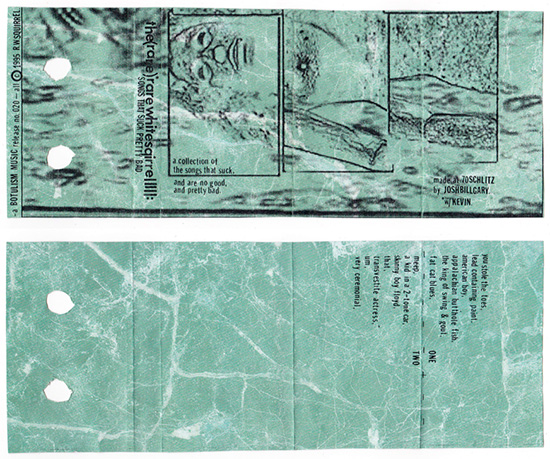 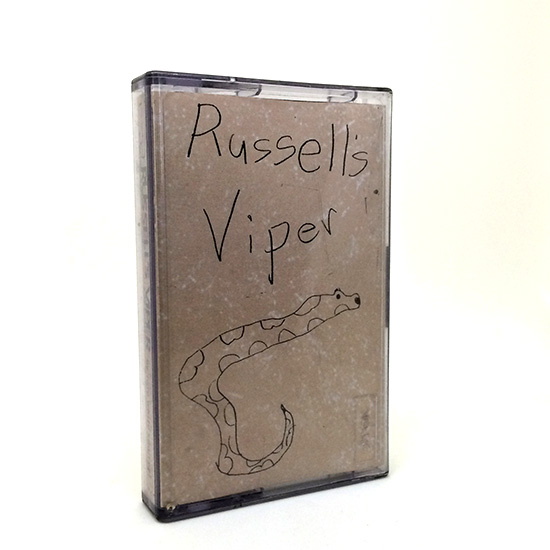 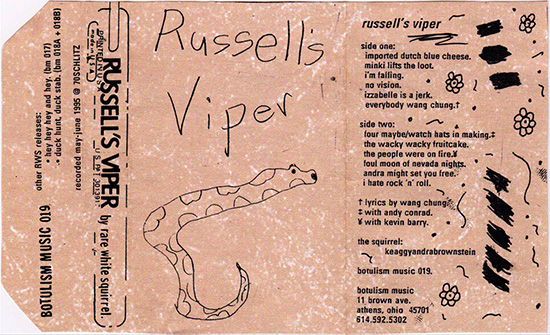 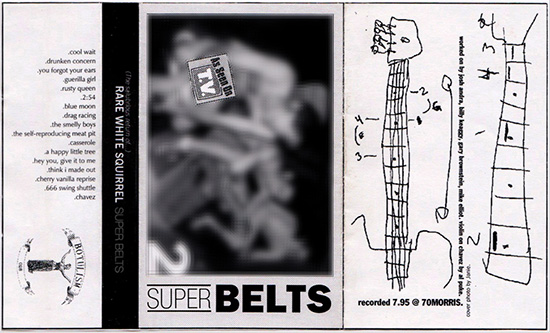 OK, so for as down and dirty two-track rough as The Belts were, my next band, Rare White Squirrel, was downright poppy in comparison. But not popular pop. Because it’s still four-track, lo-fi, analog home recording. But at least it (usually) had a beat.

RWS was me, Josh Andra, and Gary Brownstein. We actually managed to record six albums (er, cassettes) in five months during 1995—nearly 100 songs. The brass at Botulism Music—our label in Athens, Ohio—is re-releasing all the cassettes from their back catalog for free and as of December 23 the Rare White Squirrel double album Duck Hunt, Duck Stab is is available again on Bandcamp. It was our 2nd/3rd release. The rest of the cassettes listed below will be posted over the next couple months.

All RWS songs were recorded on a rented Yamaha MT-50 four-track and mixed down to a Panasonic two-track. I think the list of instruments used on our first release, Hey Hey Hey and Hey sums things up perfectly:

OK. Well, just remember to turn it off if it bothers you. Otherwise irreparable damage could occur. Personally, I still love these cassettes. More soon.


The Oops Collection, 2014
Back to Portfolio
The Belts