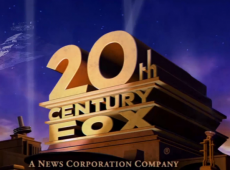 Credits: *That’s Sorena as Princess Leia, Liam as Han Solo, me as Luke (sorry, didn’t want to shave for this), and introducing Diane as Chewbacca. It’s about as lo-fi/no-budget as you can get and was made about two years ago. Pretty sure we got in solely based on Rena’s cute little “Did you hear me call him a scruffy-looking nerf-herder?!” smile as she looked at the camera.

Here’s the original scene. You can watch the full film at starwarsuncut.com/empire or starwars.com/esbuncut.

*Update: Major bummer. Skimmed through and it’s just a snippet, not the whole 15 second scene. You only see Liam. They actually mashed together multiple submissions for some scenes even though the concept as originally presented was for people to remake the movie in 15 second chunks. POOP ON THAT. Makes the email below seem misleading.

Hi Bill Keaggy: Your scene is in the Director’s Cut!

Holy hovering X-wings! The movie is finished and ready to be seen by the world. Your scene ( http://starwarsuncut.com/scene/2422 ) was chosen by our team of judges.

We are extra excited that it will be posted on the official StarWars.com site and Youtube channel! That means that even more fans in the Star Wars Universe will be able to watch your amazing work.

We received almost 2,000 submissions for Empire Uncut, and we had a blast watching each and every one. Our editing team took a lot of care to make this one special, so we can’t wait for you to see it.

Tell your friends and family to tune in to StarWars.com/esbuncut and StarWarsUncut.com TOMORROW, (Friday) to watch the whole thing. We’ll be sending an email to the whole Uncut community when it goes live.


The Origin of Mathematics
Back to Portfolio
SESSION.IS