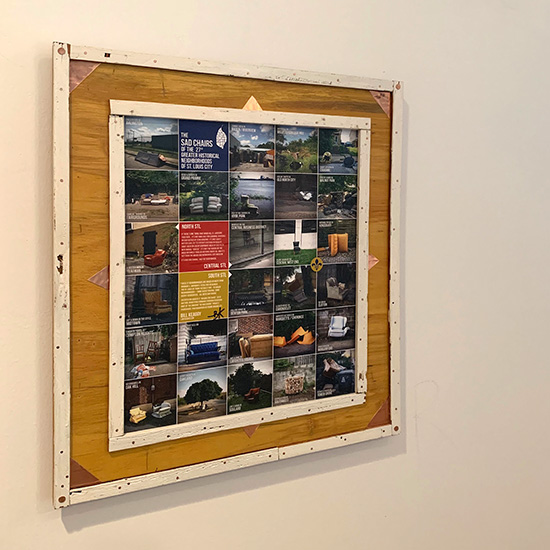 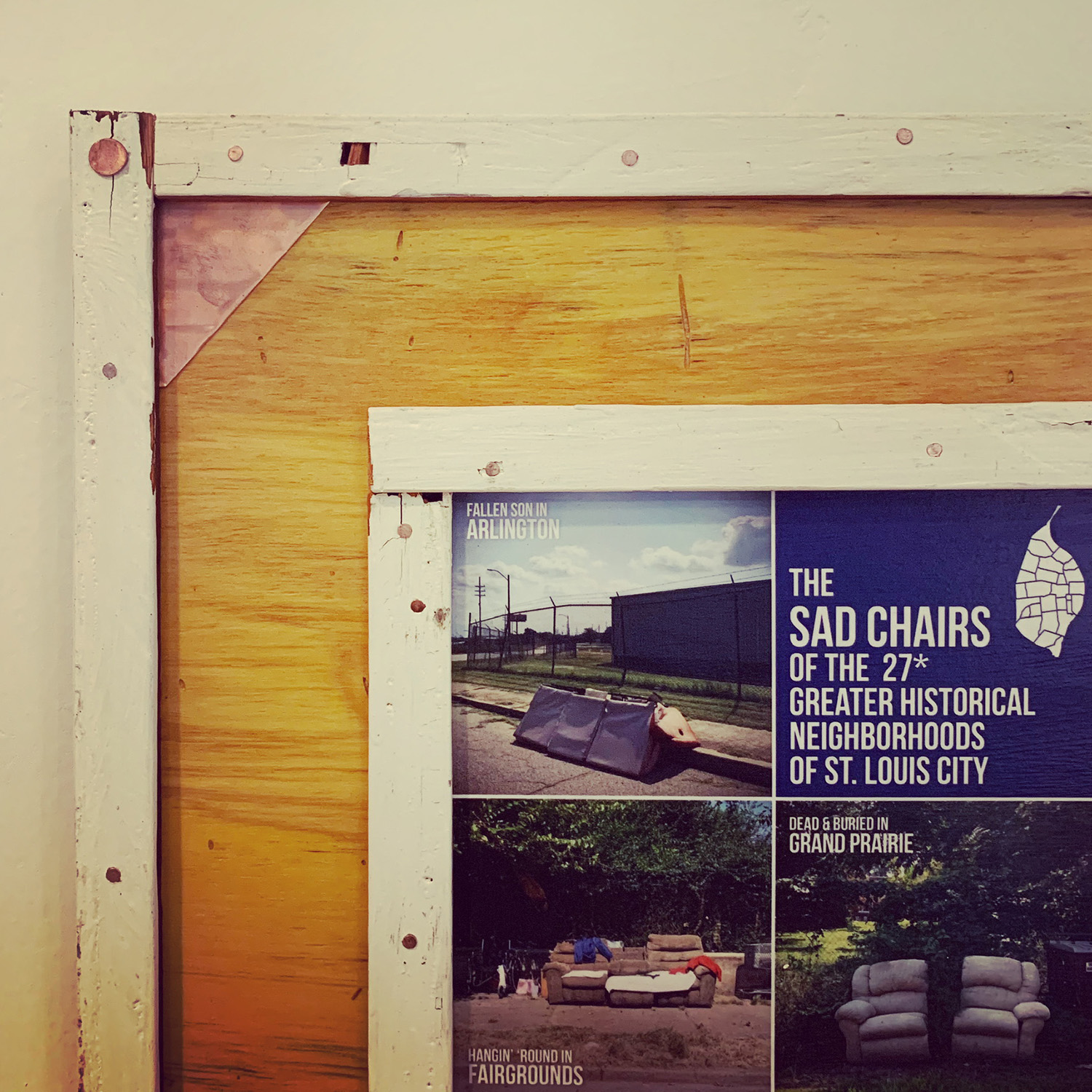 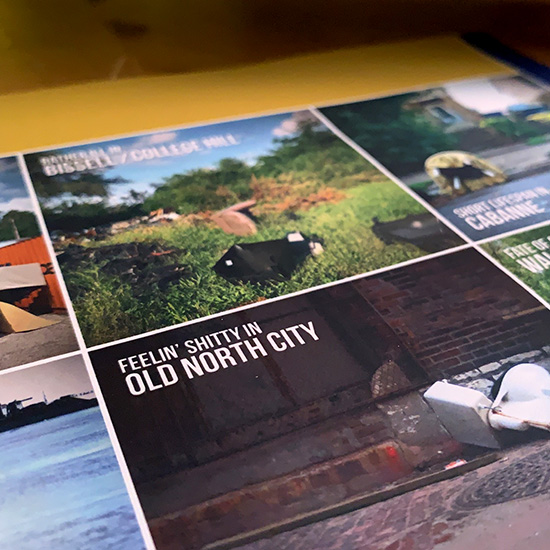 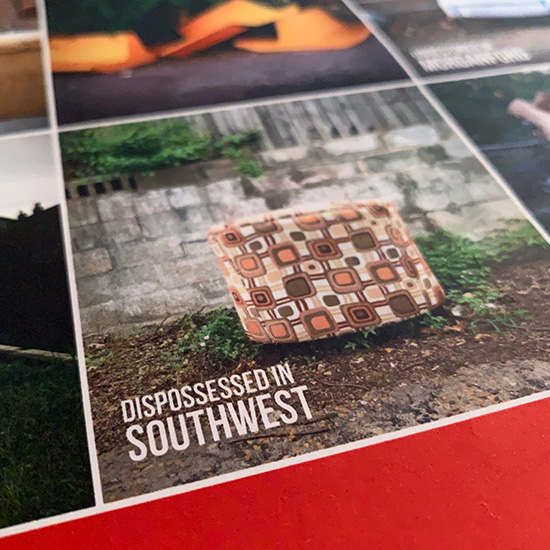 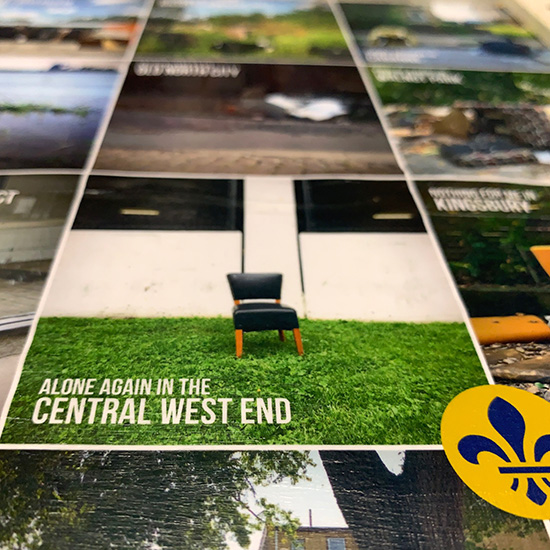 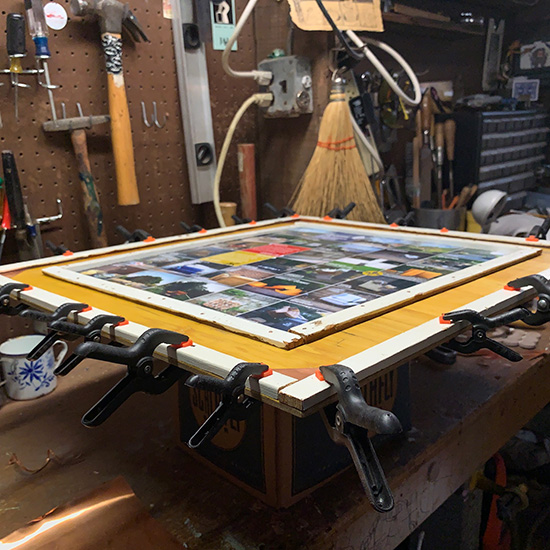 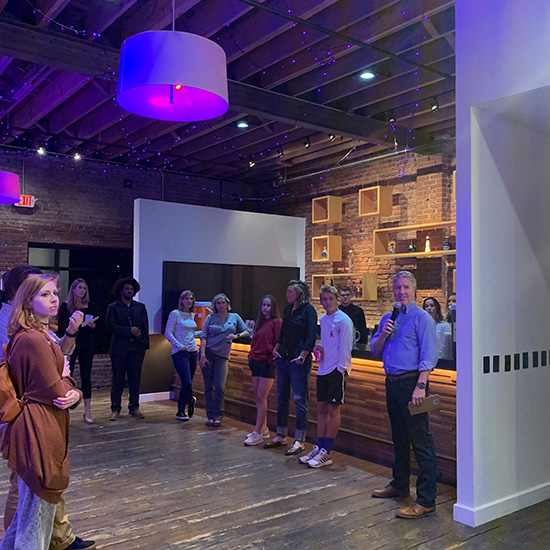 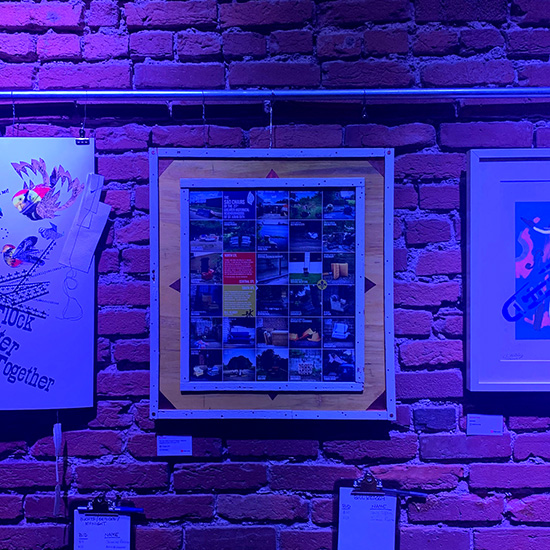 “The Sad Chairs of the 27* Greater Historical Neighborhoods of St. Louis City”

I was invited to create a piece for an AIGA St. Louis Design Week charity auction with the theme of “Unity”. I decided that since sad chairs are everywhere and I’ve recently dove back into capturing them, they’d be perfect. In a way, they bind us together. Or more likely they don’t do that at all—but they can get us thinking about empathy and inequity and humanity.

I chose to shoot a found sad chair in each of 27 different neighborhoods around St. Louis, covering the entire city. These are historical neighborhood boundaries, as since the 1970s STL has continually identified more and more micro-neighborhoods so that we’re now at roughly ~70*—which was too many for this project.

I had some unpublished shots and made several new ones. I did a variation on the anthropomorphic captions and designed it all into a poster. Then I mounted in on wood panels and constructed a frame design from scraps and leftovers of other projects (final size: ~22×26″).

I’m happy that it sold, and all told the auction raised $2000 for Forward Through Ferguson.