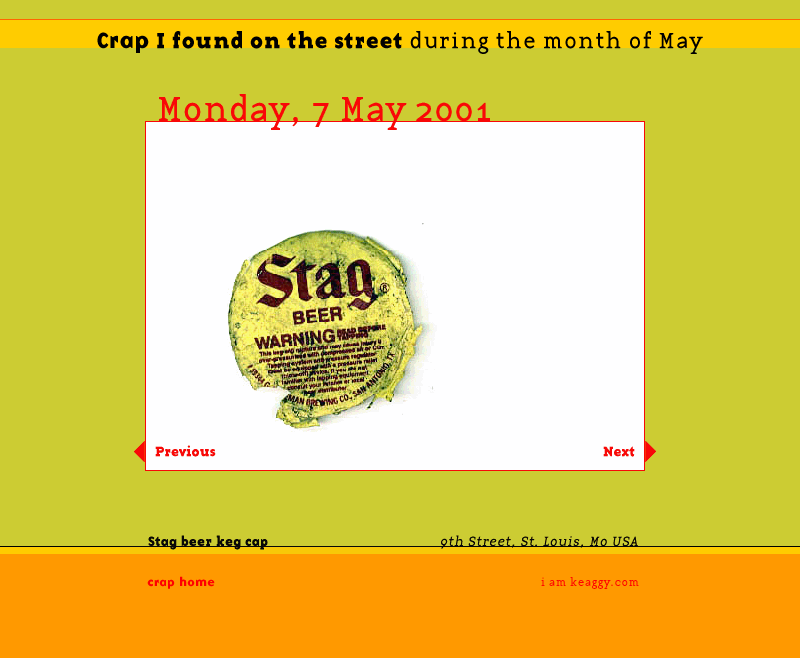 Crap I found on the street during the month of May

This is the kind of project that really needs no introduction. Why? Because it’s just too stupid of a project.

Introduction: When my car died, I started riding my bike to work. It took just one ride to notice all the crap and junk and garbage thrown into the street by rude, dirty people. I hate them. Then there’s the stuff that just sort of falls onto the street accidentally. I like that. Anyway, I had to start picking that crap up. Because I didn’t want to be picking up crap forever, I decided to pick up one thing every day—but only during the months of May.