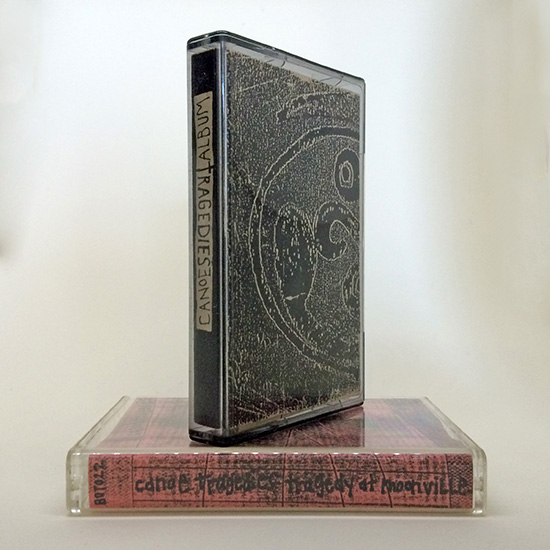 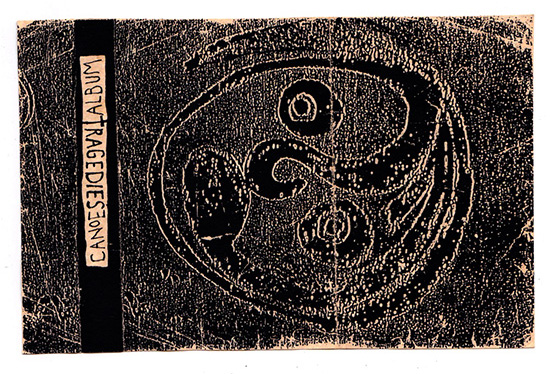 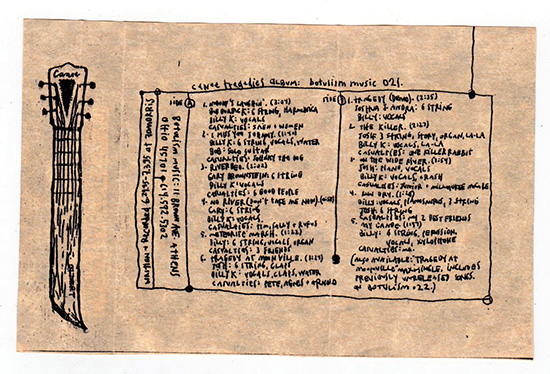 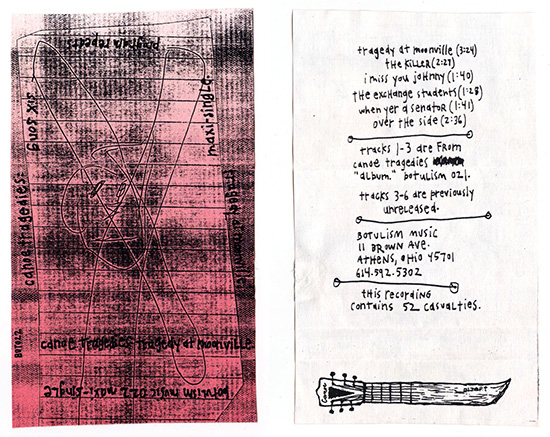 One summer weekend in 1995 I came home from college and my friend Bob asked if I wanted to go canoeing. I said yes. Little did I know.

We spent most of the night in two canoes on some little river the name of which I don’t remember. Some parts were so slow we had to drag the canoes over rocks. But other parts were pretty scary. I got hungry and thirsty. Then just before sunrise we saw we were heading into the mighty Ohio River and we had to scuttle to the shore. I was soaked and tired and thrilled.

When I went back to OU in Athens I started writing songs about canoe accidents and within a week I had an acoustic album (plus some) of songs all about (only about) death by canoe. A six-song EP contained 52 casualties—not sure how many were in the full-length release. My friends Josh, Gary, and, of course, Bob contributed. My favorite memory from the recordings is probably when Josh and I snuck into the dance studios on campus and recorded the piano for “On the Wide River.”

The band became Canoe Tragedies and the album got called Album. The EP became Tragedy at Moonville*. No shows ever were played, but today Botulism Music re-released both cassettes. What fun!

*Moonville and the Zaleski State Forest were a couple of my favorite outdoor spots from that time.