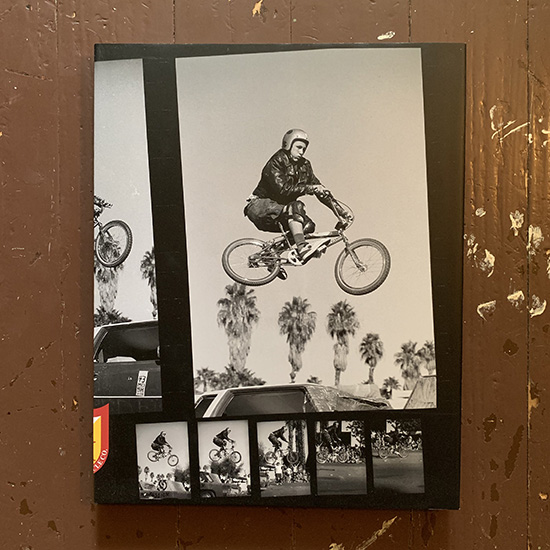 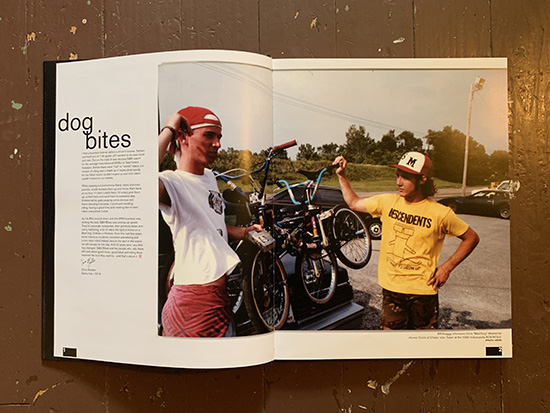 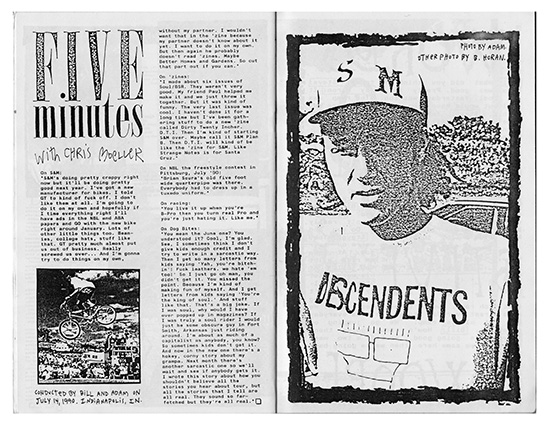 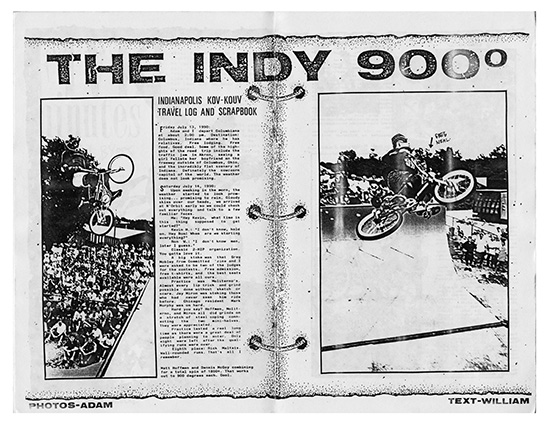 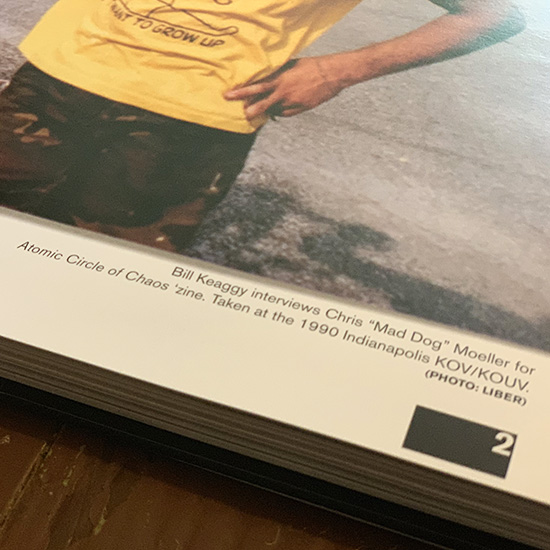 Chris Moeller is a BMX legend. He’s the “M” in S&M Bikes, and has been pushing it, pushing himself, killing it, and killing himself (in a good way) in a quest for soulful two-wheeled fun and quality bicycle craftsmanship since the early ’80s.

I got into BMX freestyle in 1986, and for the entire time I rode and published ‘zines “Mad Dog” Moeller was both an underground hero and a behind-the-scenes mover and shaker. I even rode an S&M Holmes for a while.

This summer he put out a retrospective of his riding and his company’s (both human and corporate) contributions to the sport. The book “Behind the Shield” is a decades-spanning look at his life and S&M’s team. It’s honest and big and fun and dangerous, just like S&M itself.

I was surprised and honored when Chris asked me if they could use a photo from our old school ‘zine days that featured him and myself at the 1990 Indianapolis 2-HIP King of Vert / Kind of Undervert contest. It was a shot made by my best friend and ‘zine collaborator Adam Liber, as we interviewed Chris for our ‘zine ACC (Atomic Circle of Chaos—the other core friend and ‘zine co-conspirator being Bohb wasn’t at the contest).

The funny thing is we used a different photo in the ‘zine itself, but since I’d posted the alt shot to Flickr a while back, it was out there. Anyway, not only did I get to be a judge in that contest, but some of my riding ended up in a Trend Bike Source video (cheers, Greg Neal!) as well as my not-so-subtle teenage social awkwardness.

I haven’t seen that video since it came out and I’d probably rather not, but seeing myself on literally the opening spread of this book was a thrill, even after nearly 30 years.