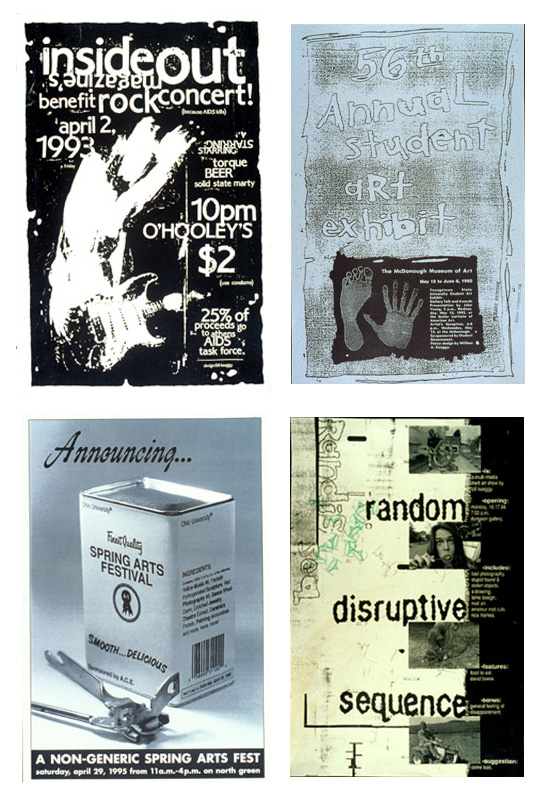 I started designing ‘zines on my bedroom floor with paper, scissors, photos, and glues. Xerox machines were as high-tech as it got. As I began to design other things (anything and everything) I continued using (and preferring) those simple tools. Strangely, I avoided using computers as long as I could.


‘riot grrrl’
Back to Portfolio
The Chucks Story