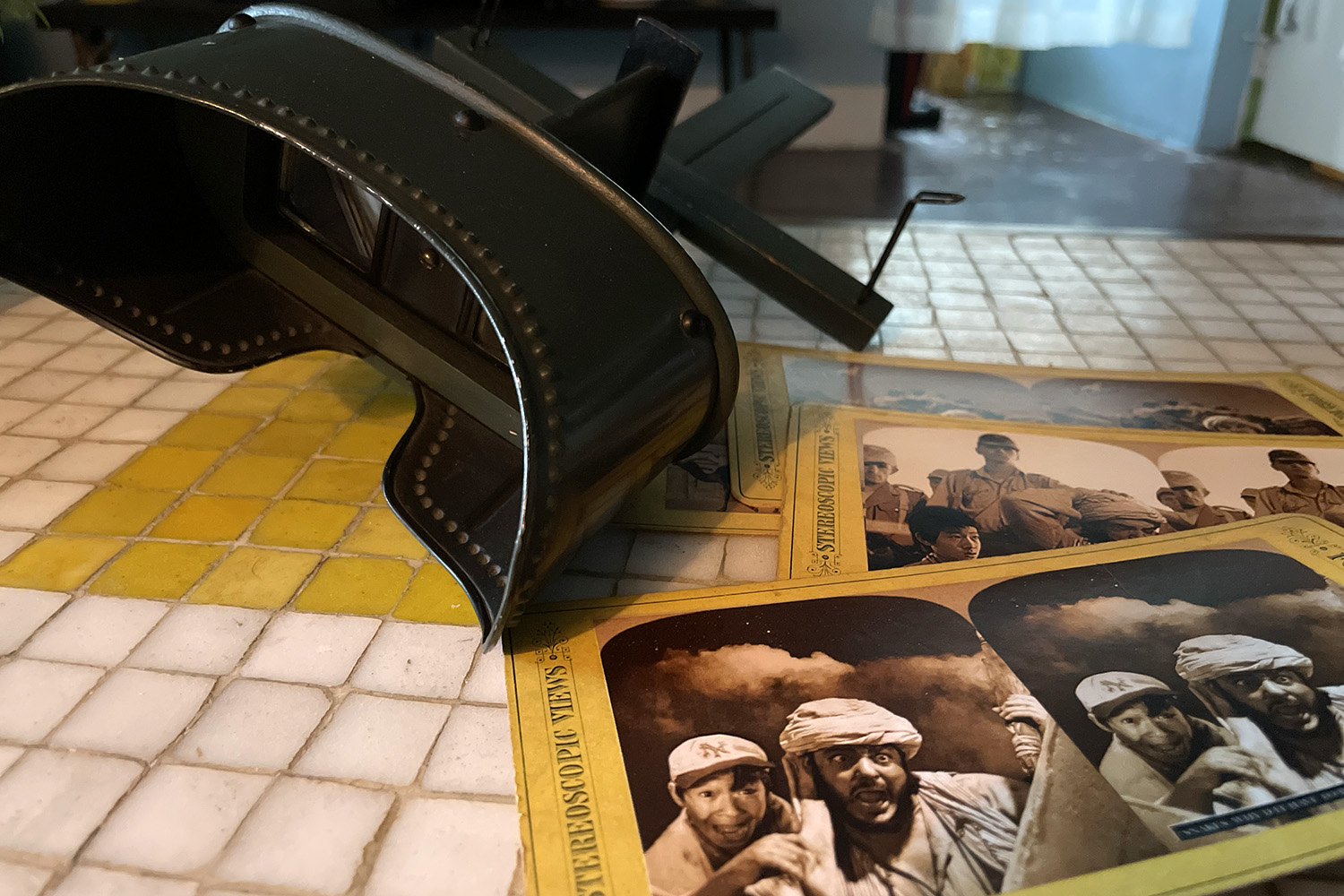 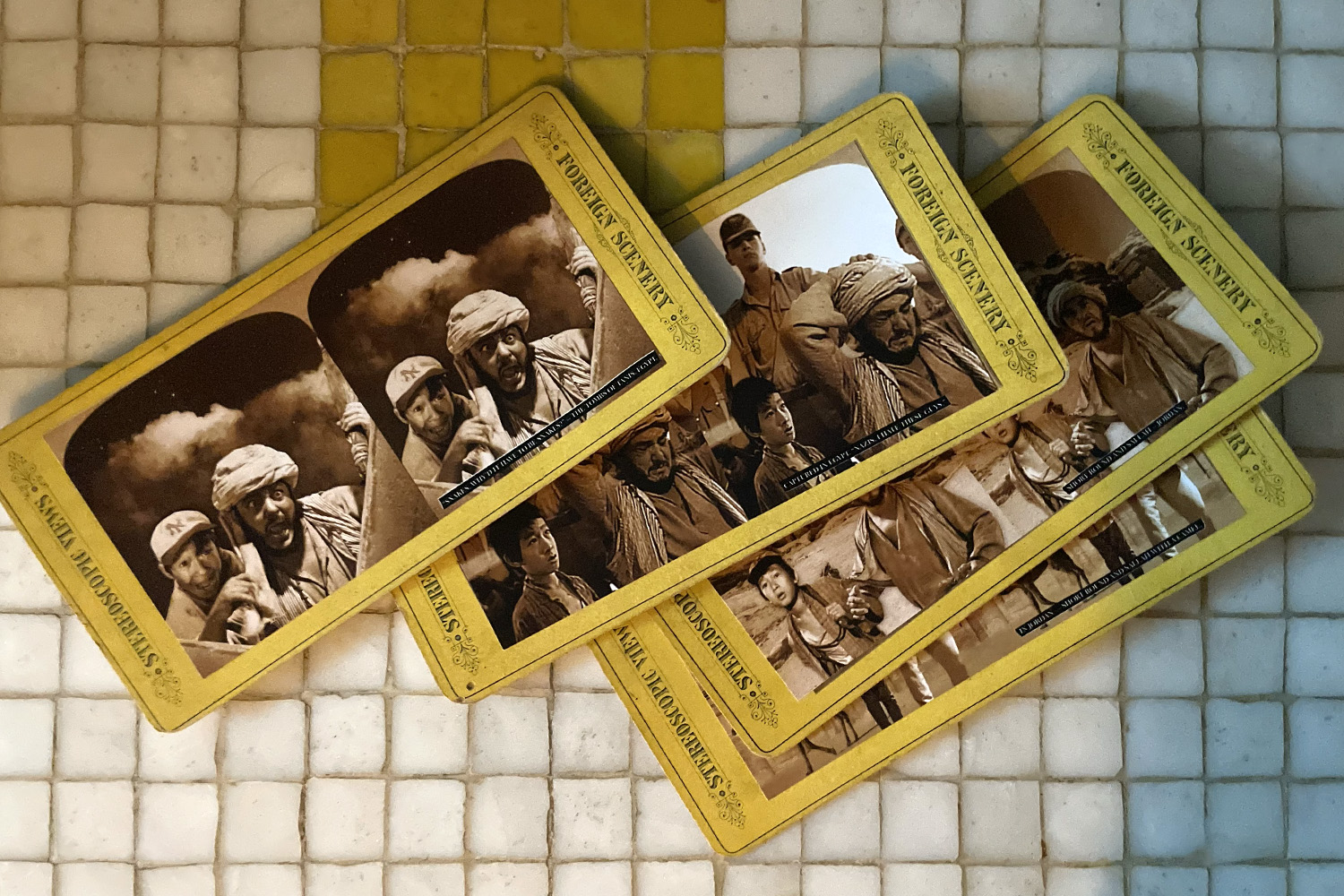 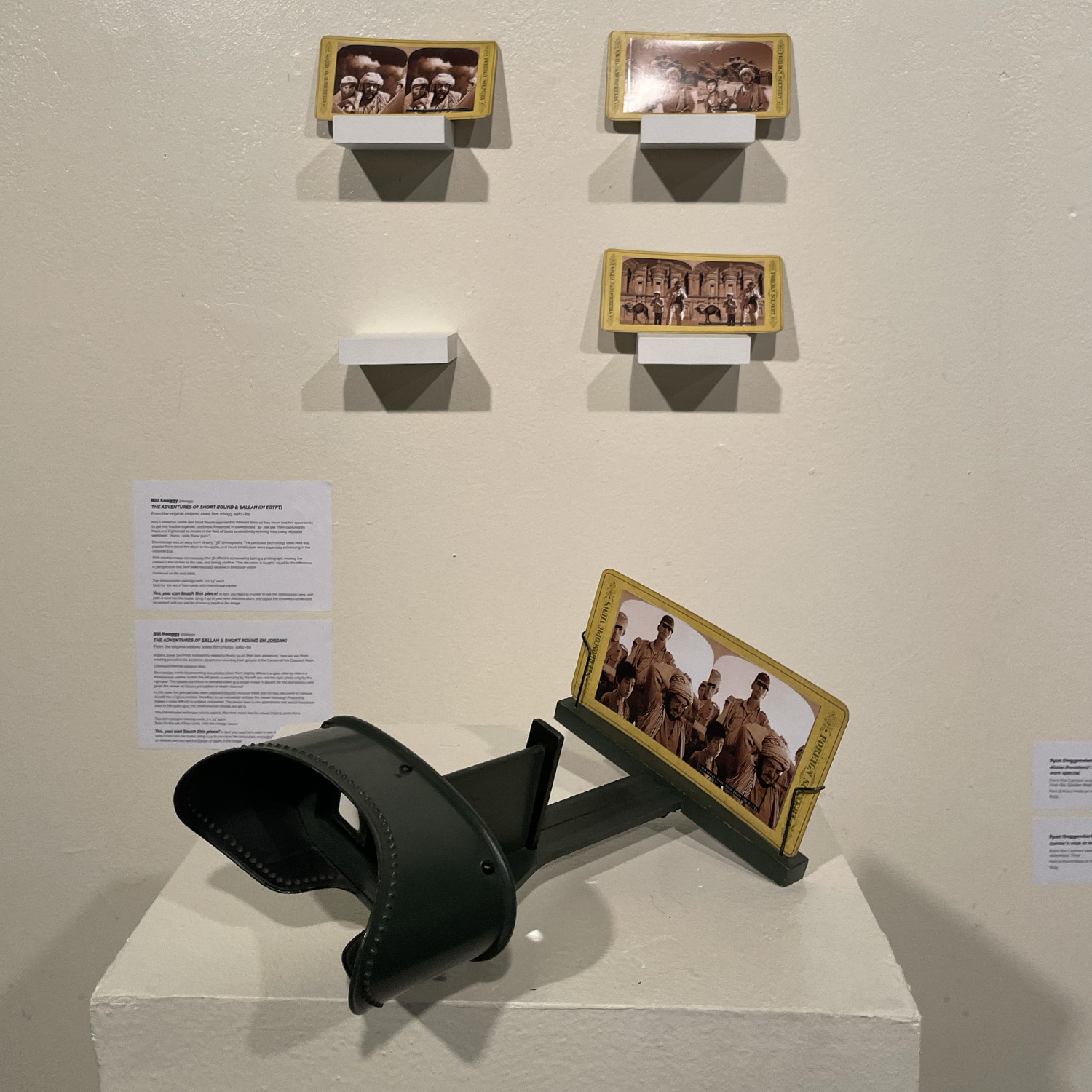 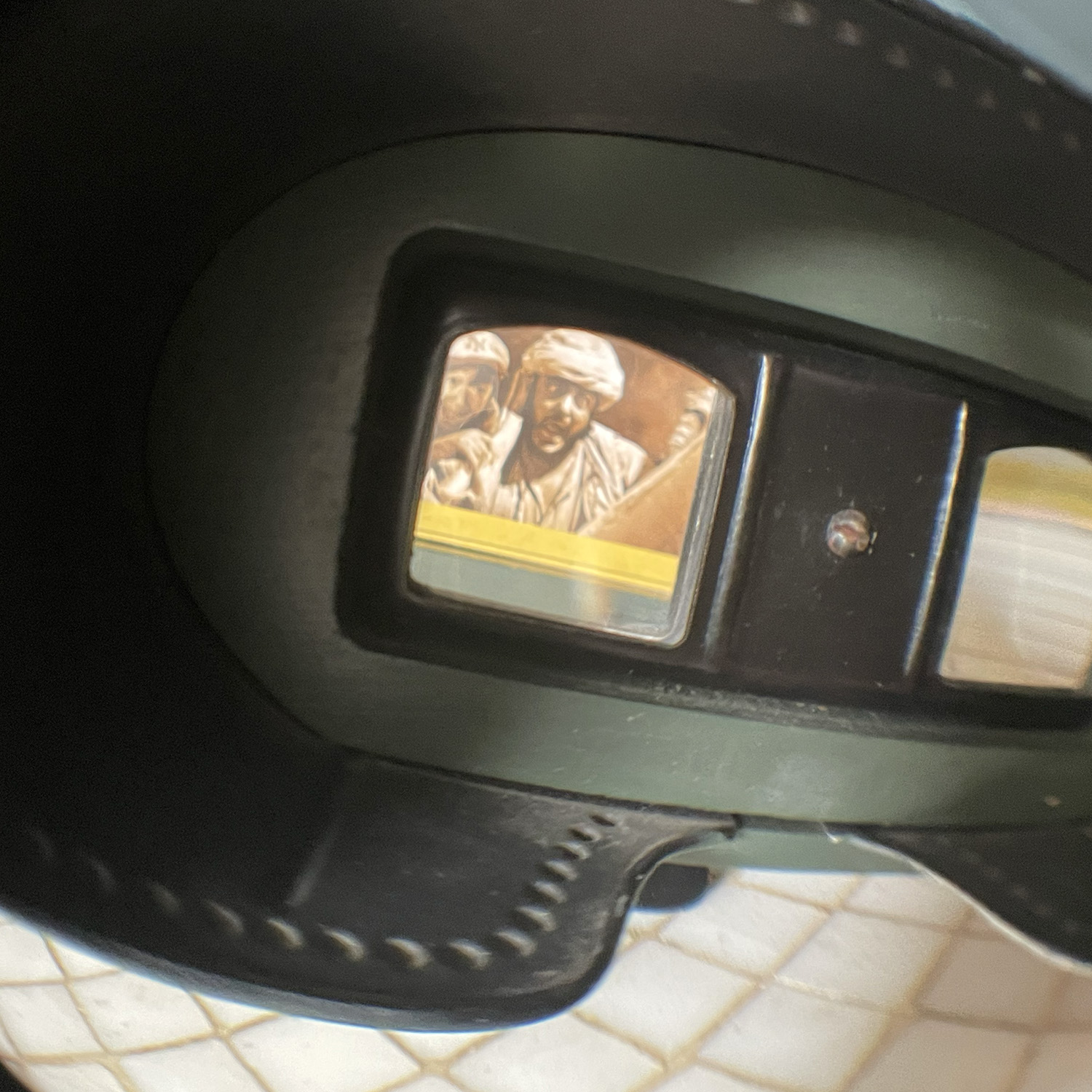 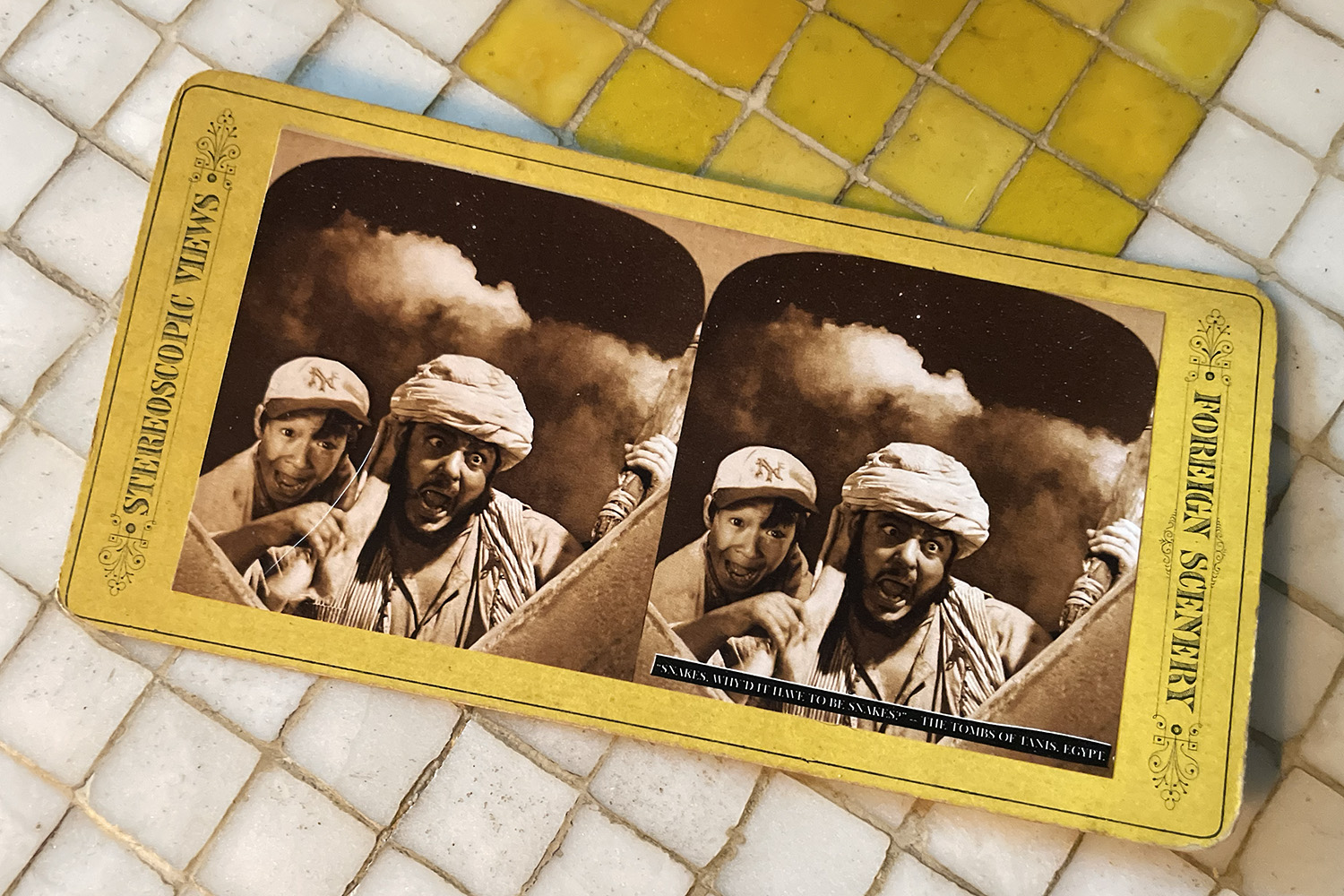 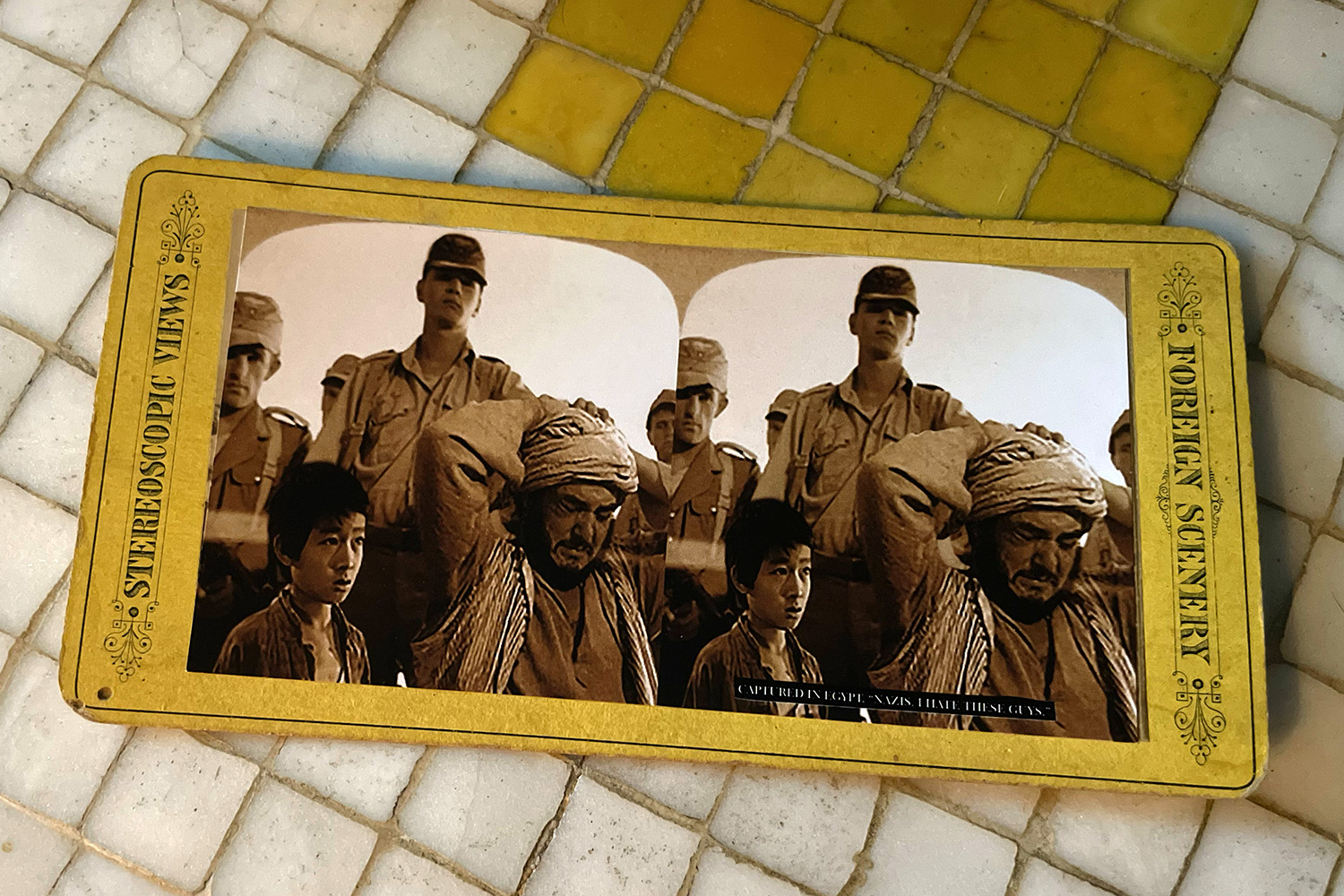 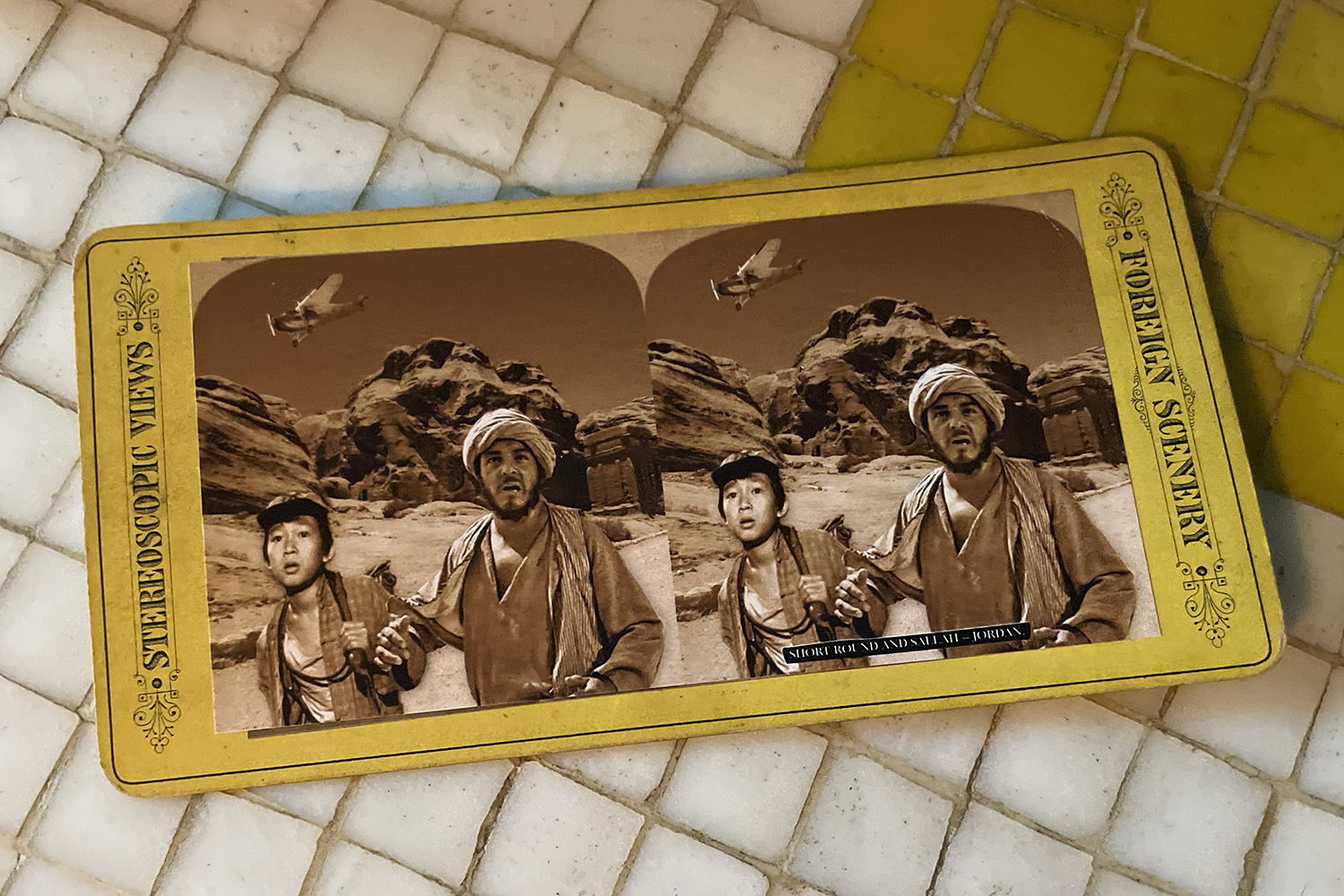 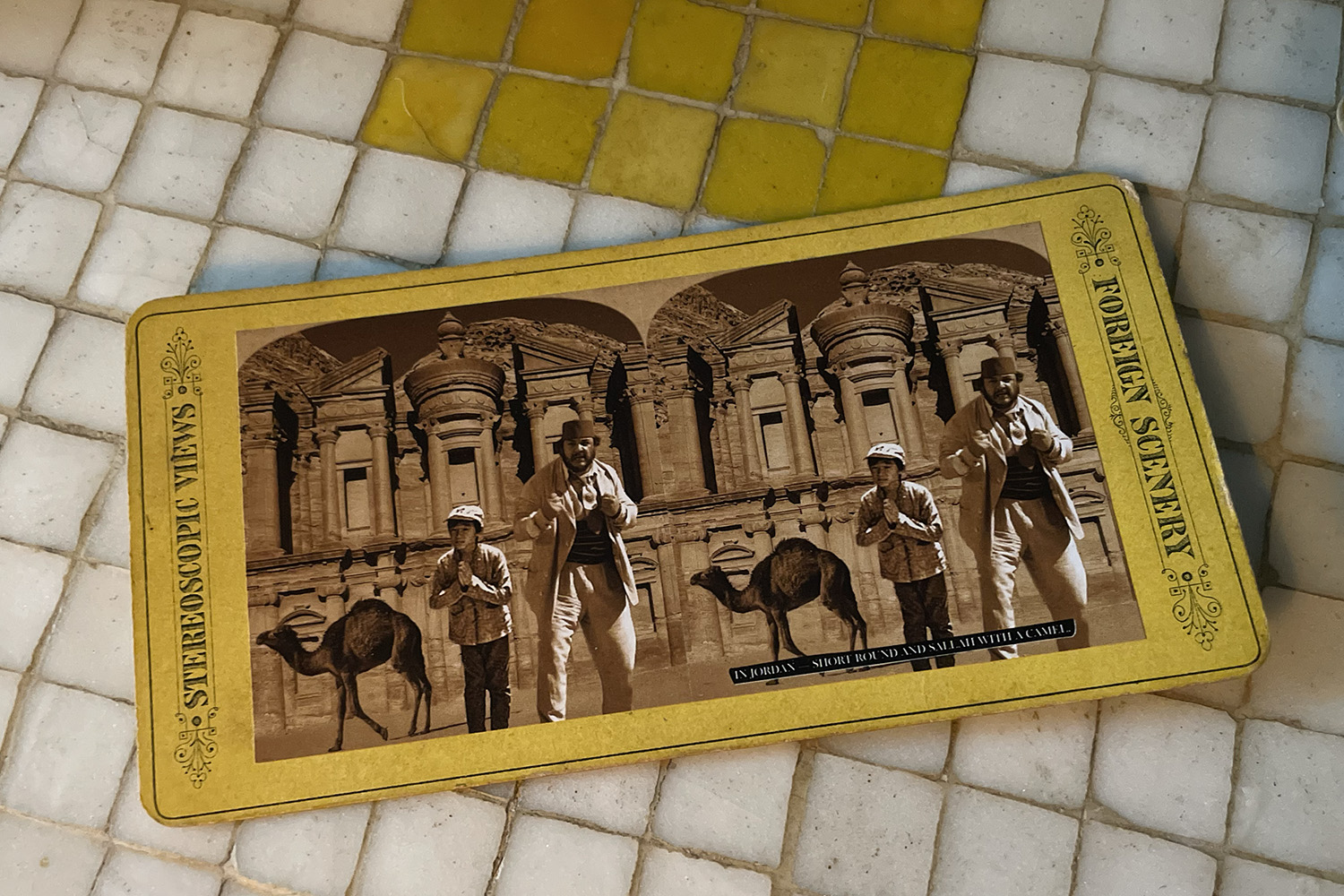 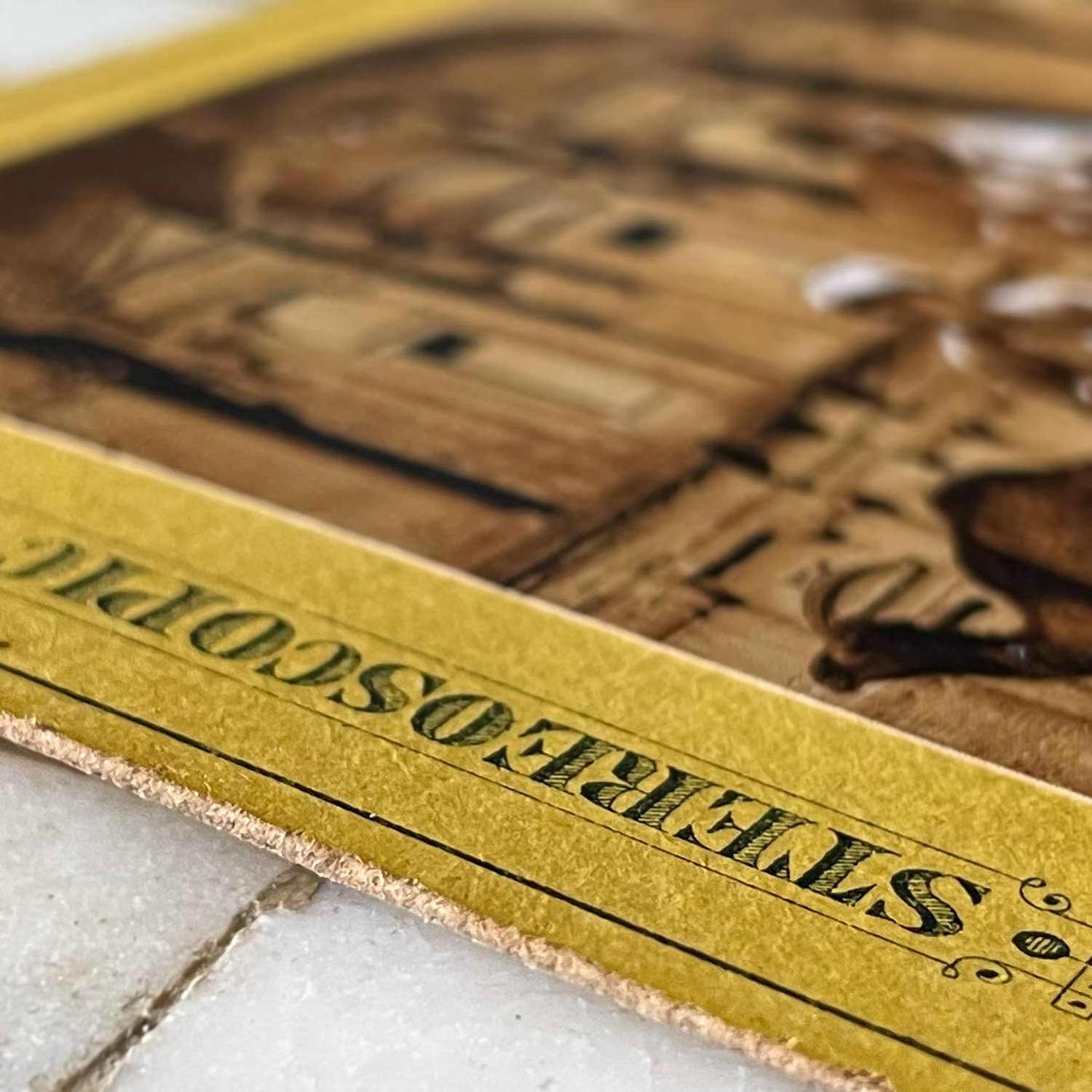 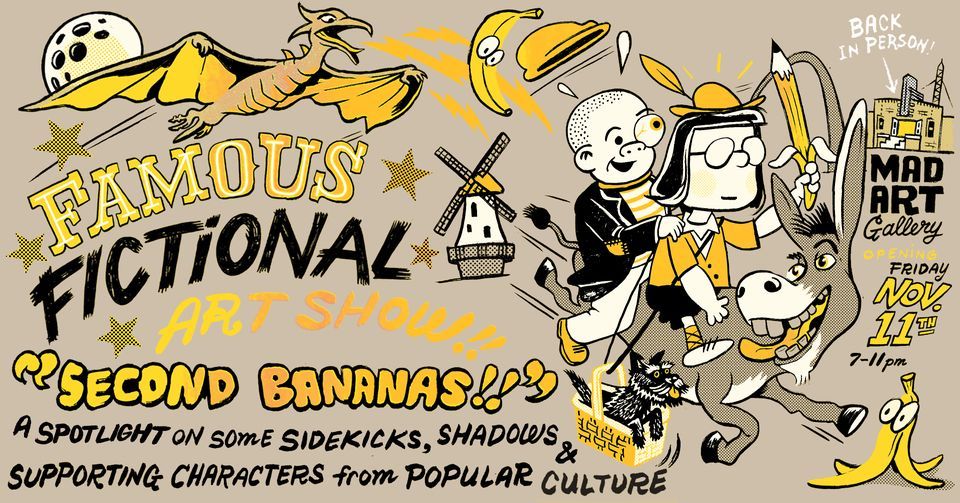 The Adventures of Short Round & Sallah

I made these stereoscopic images made for the Famous Fictional 2022 exhibit, which opens Friday, November 11, 2022 at Mad Art Gallery in St. Louis. Unfortunately, or not, you can only enjoy the effect IRL. There’s no way to reproduce it on a website.

Join us for the opening celebration of Famous Fictional 15: SECOND BANANAS! Local artists and illustrators present new works that depict well-known supporting characters from literature, television, movies, and all other forms of popular culture.

The Adventures of Short Round & Sallah
Bill Keaggy
Stereoscopic viewing cards, 7×3.5” each
$100 for the set, with the vintage viewer

However, they never had the opportunity to get into trouble together… until now. Here we see them frightened by snakes in Tanis, evading pursuit in the Jordanian desert, standing their ground at The Canyon of the Crescent Moon, and being captured by Nazis in Egypt (undoubtedly echoing Indy’s very relatable sentiment: “Nazis. I hate these guys.”).

Stereoscopy was an early form of early “3D” viewing. The particular technology used here was popular from about the 1850s to the 1940s, and was especially entrancing in the Victorian Era.

The 3D effect is usually achieved by taking a photograph, moving the camera a few inches to the side, and taking another. That deviation is roughly equal to the difference in perspective that both eyes naturally receive in binocular vision.

But by presenting those two slightly different images side-by-side in a viewer, so the left photo is seen only by the left eye and the right photo only by the right eye, our brains perceive them as a single image, adjusting for the discrepancy and giving the viewer an illusory perception of depth. Science!

In this case, the perspectives were adjusted digitally, as there was no real-life scene to capture. As with the original process, the effect is not noticeable without the viewer. The device here is era-appropriate and likely would have been used in the 1930s-40s, the timeframe for these movies.

The technique lost its appeal after that, much like the newer Indiana Jones films.


Back to Portfolio
TEDx Vienna 2022