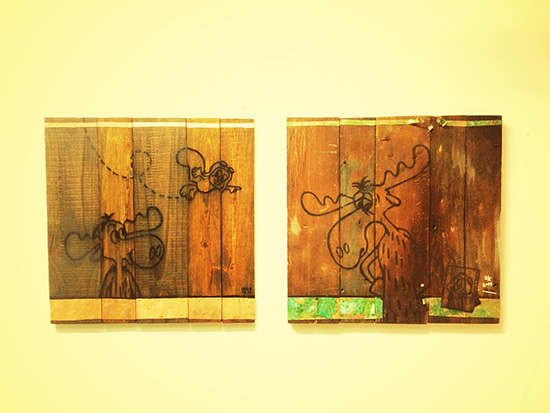 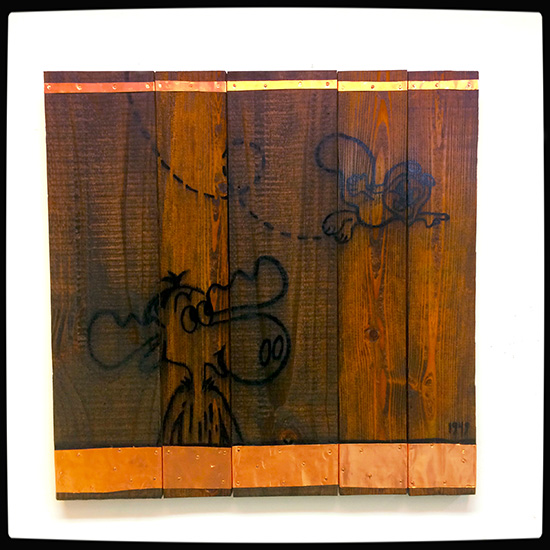 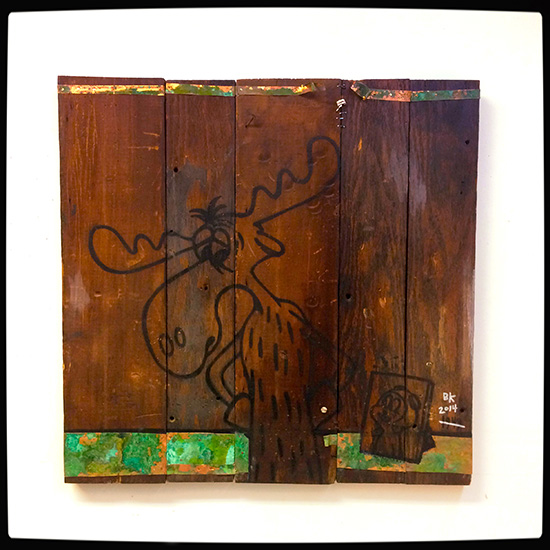 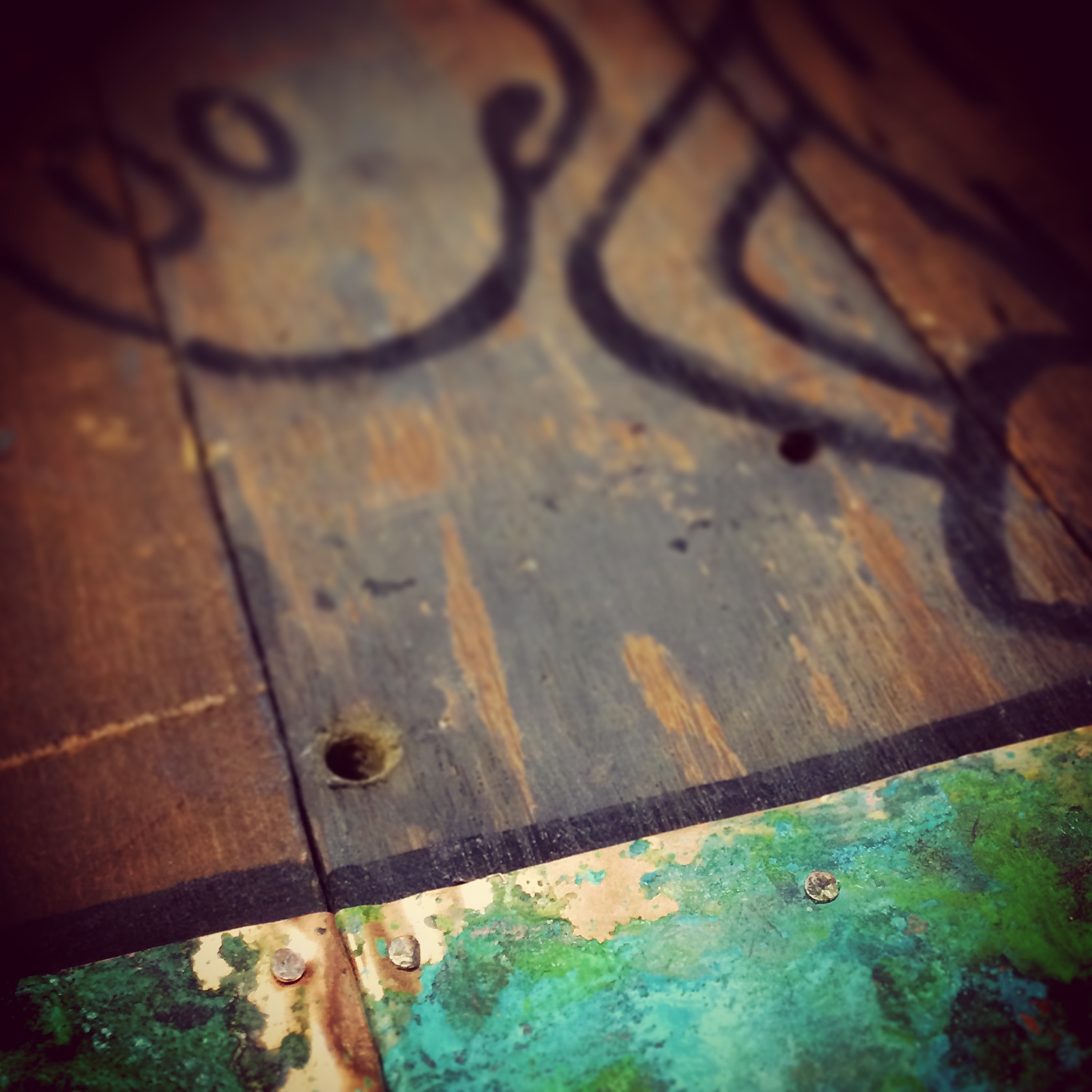 Almost finished with my piece(s) for Dan Zettwoch’s annual show. It involves oil and copper and moose on wood and is called “So Many Adventures.”

This year’s theme/title is Famous Fictional: From the Womb to the Tomb! Now, what does that mean exactly? This is another one with a little bit of a twist in the concept. Actually, the concept is simple: 2 portraits, one young and one old.
The twist is that there are different ways you can approach this:

Now, to be clear, what do we mean by “young”? Let’s say between 0-12 years old or so. What about “old”? That’s a bit tougher. 70? 90? 100+? That’s really up to you and, in some cases, dependent on what sort of narrative you might imagine. In fact, it wouldn’t be out of question to take the title of the show literally and explore the concepts of pre-birth or post-death. This is an opportunity to get as creative as you feel with the concept. Get clever, get cute, get macabre, get wild. It doesn’t have to be people. It doesn’t necessarily have to be animate, if you can find a way to make that work.

As for limitations on source media, there really aren’t any. This should allow for a wide possibility of existing young/old characters if that’s the way you’re going. As usual though, try not to forget the “famous” part of he show title. It’s a lot more interesting for everyone if the characters are recognizable, at least to a reasonable degree.

But I didn’t want to simply re-draw him and Rocky as youthful vs aged, so I gave the pieces themselves new and old qualities—as if the shiny, new art had lived a hard life, been bounced around, and gone through all the ups and downs and experiences and accidents that people go through.

The opening reception is 7:30 p.m. on November 7 at Mad Art Gallery in St. Louis (pssst: you can buy it then).


Magnetoss
Back to Portfolio
The Origin of Mathematics