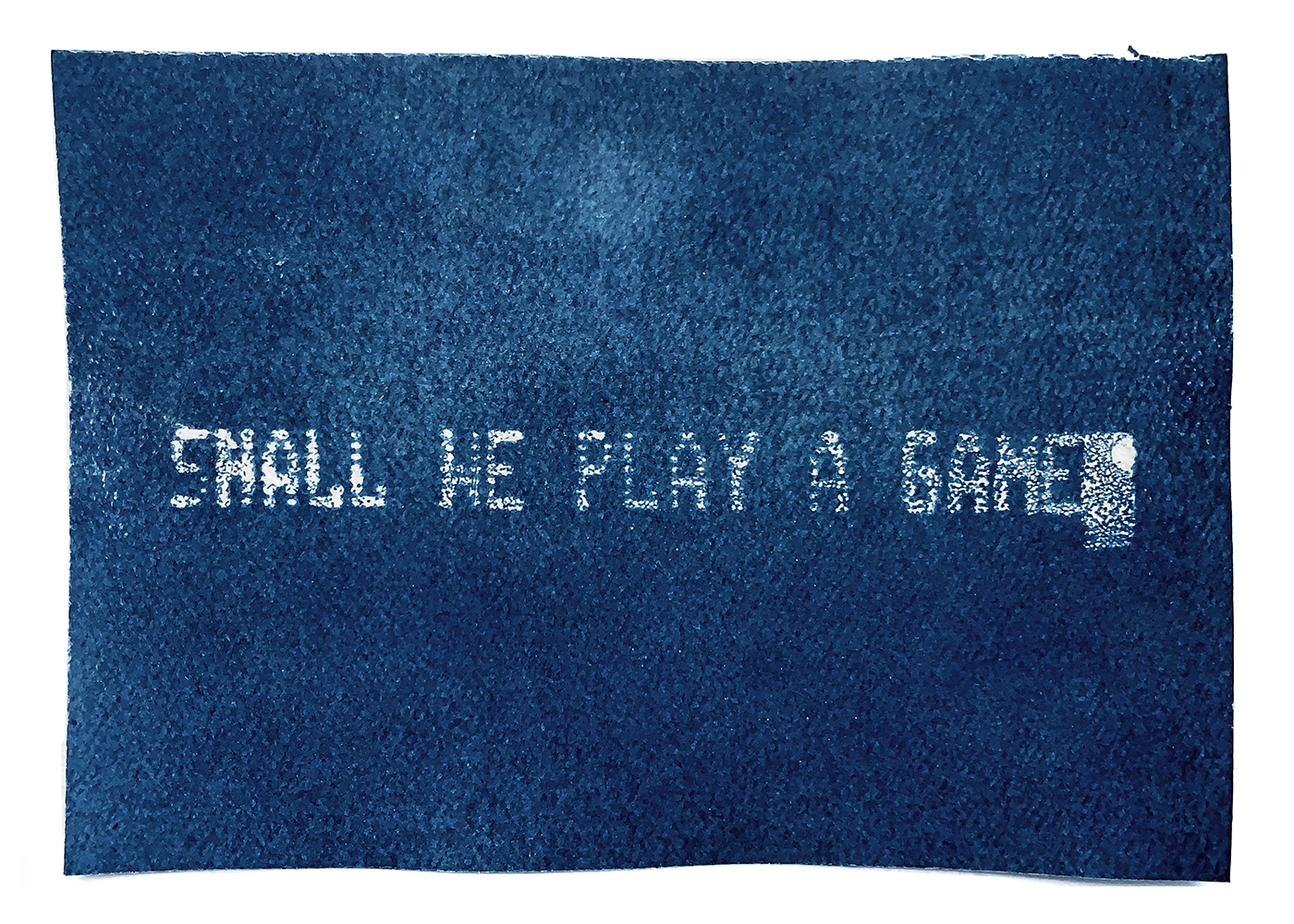 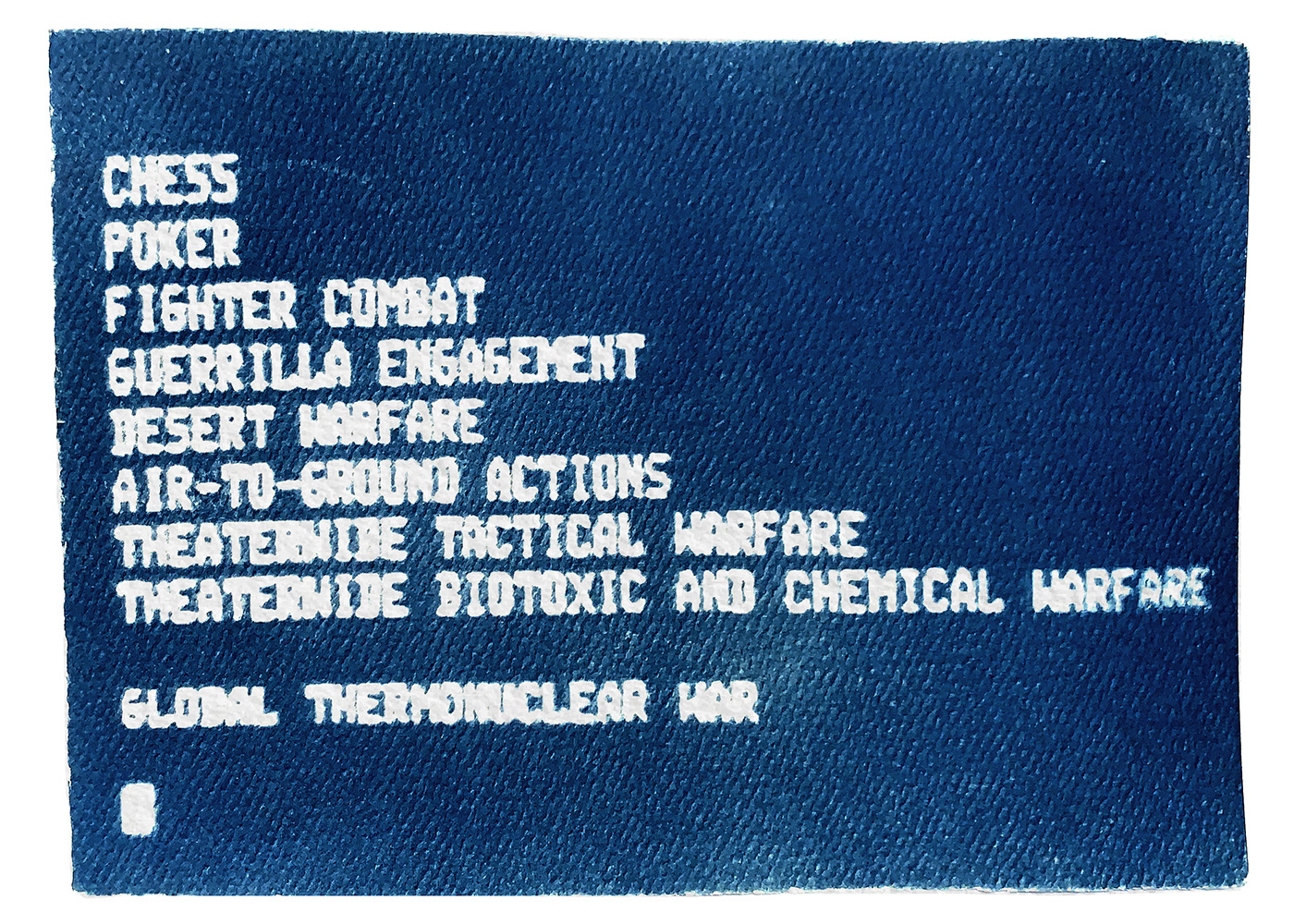 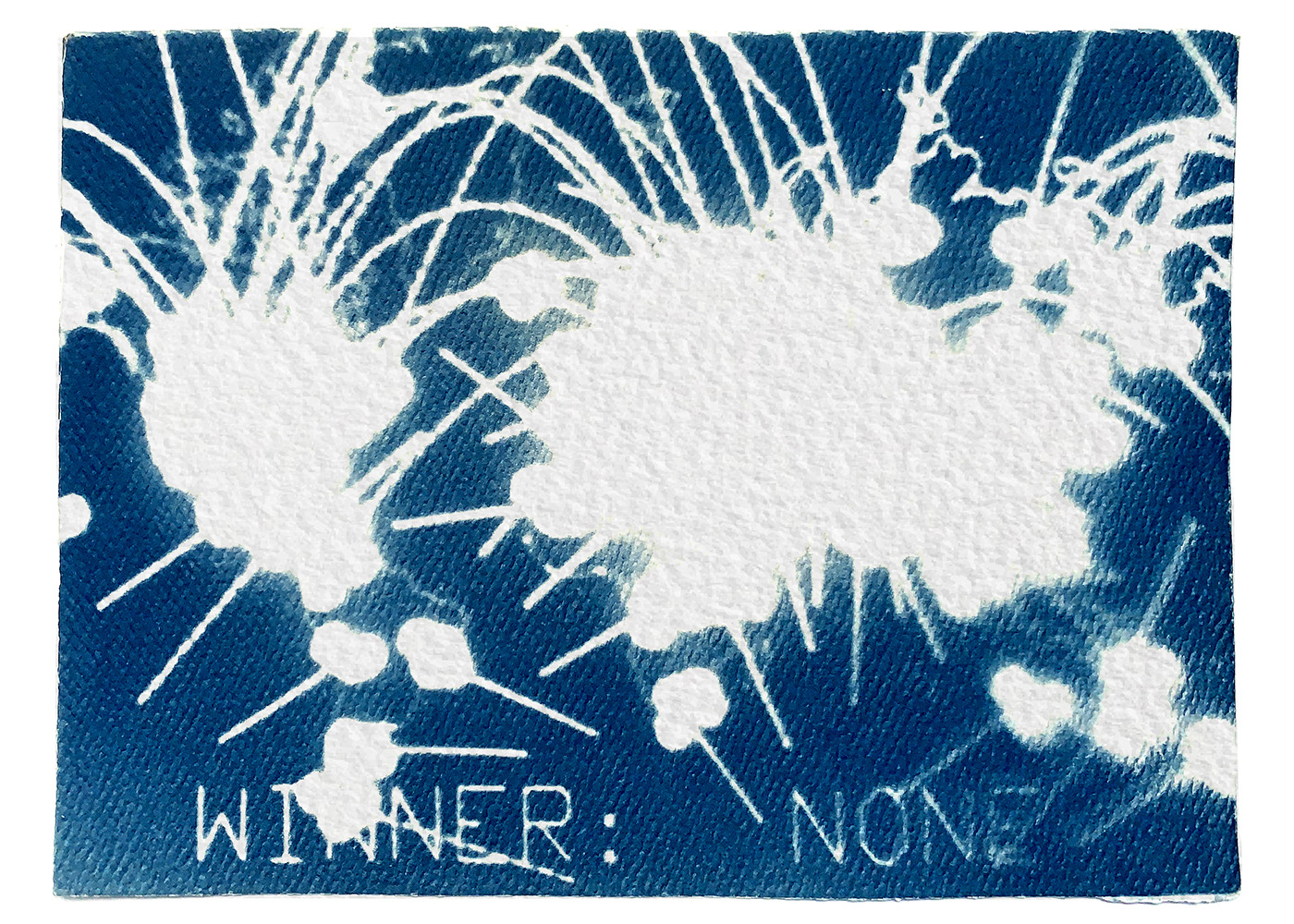 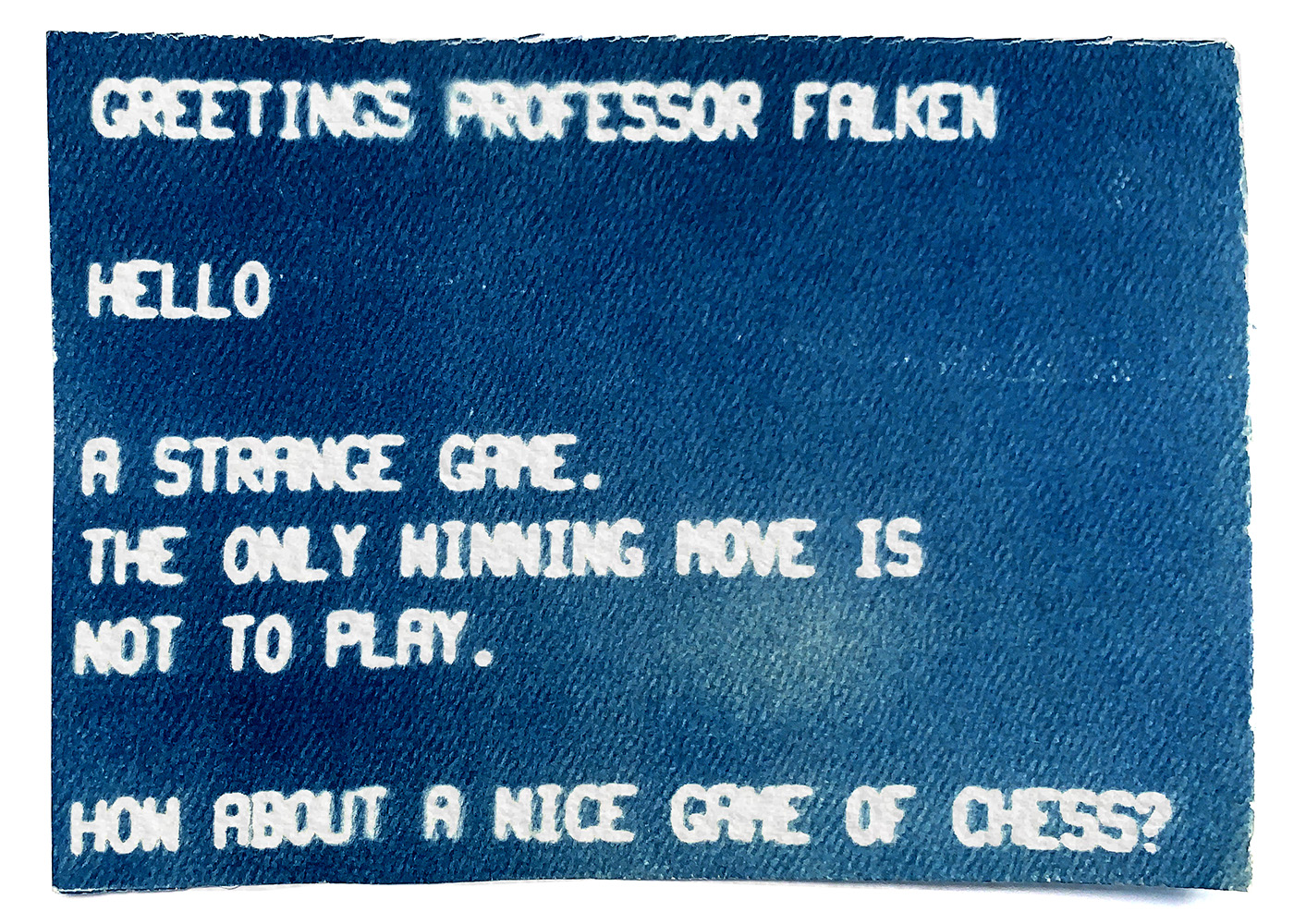 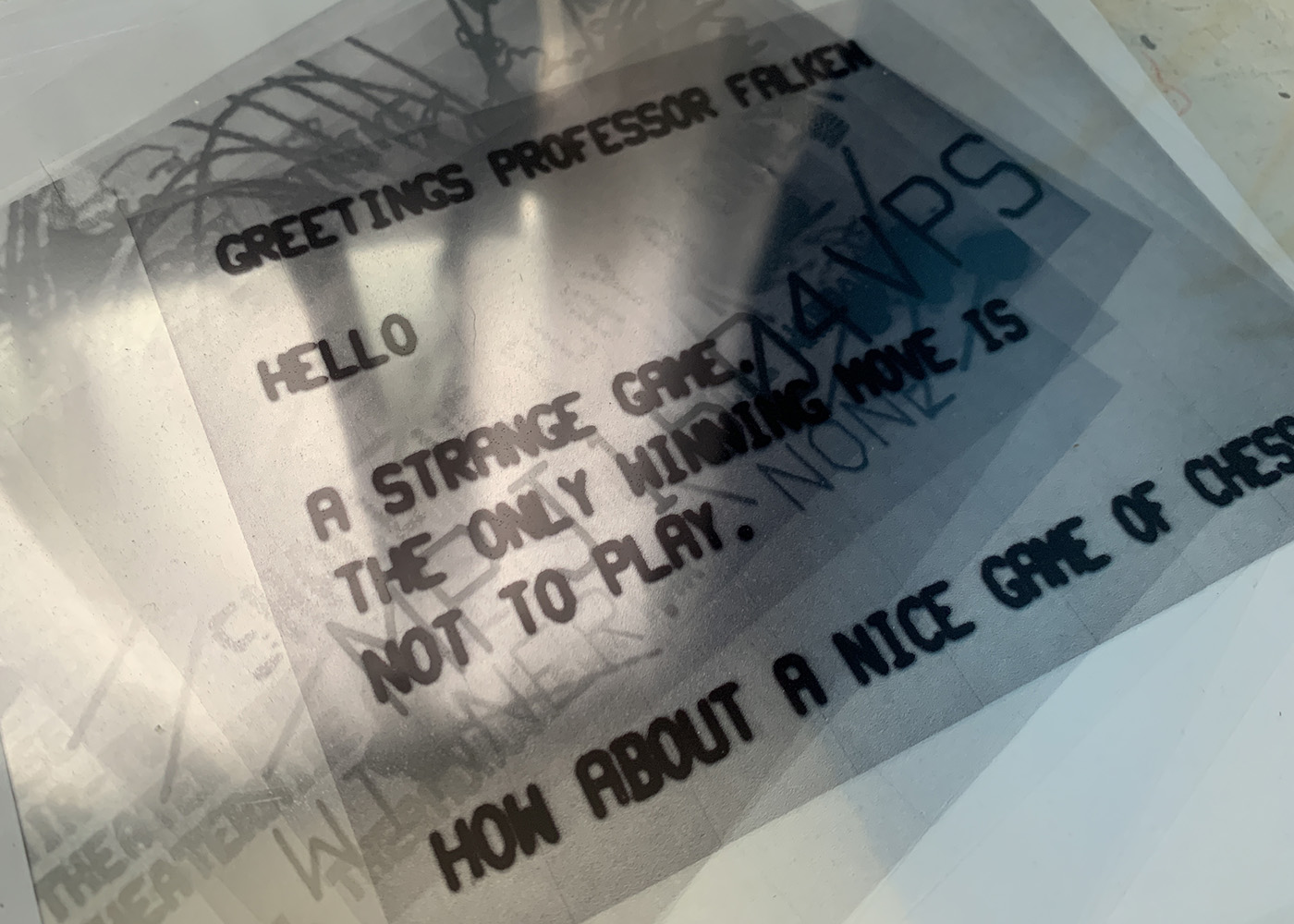 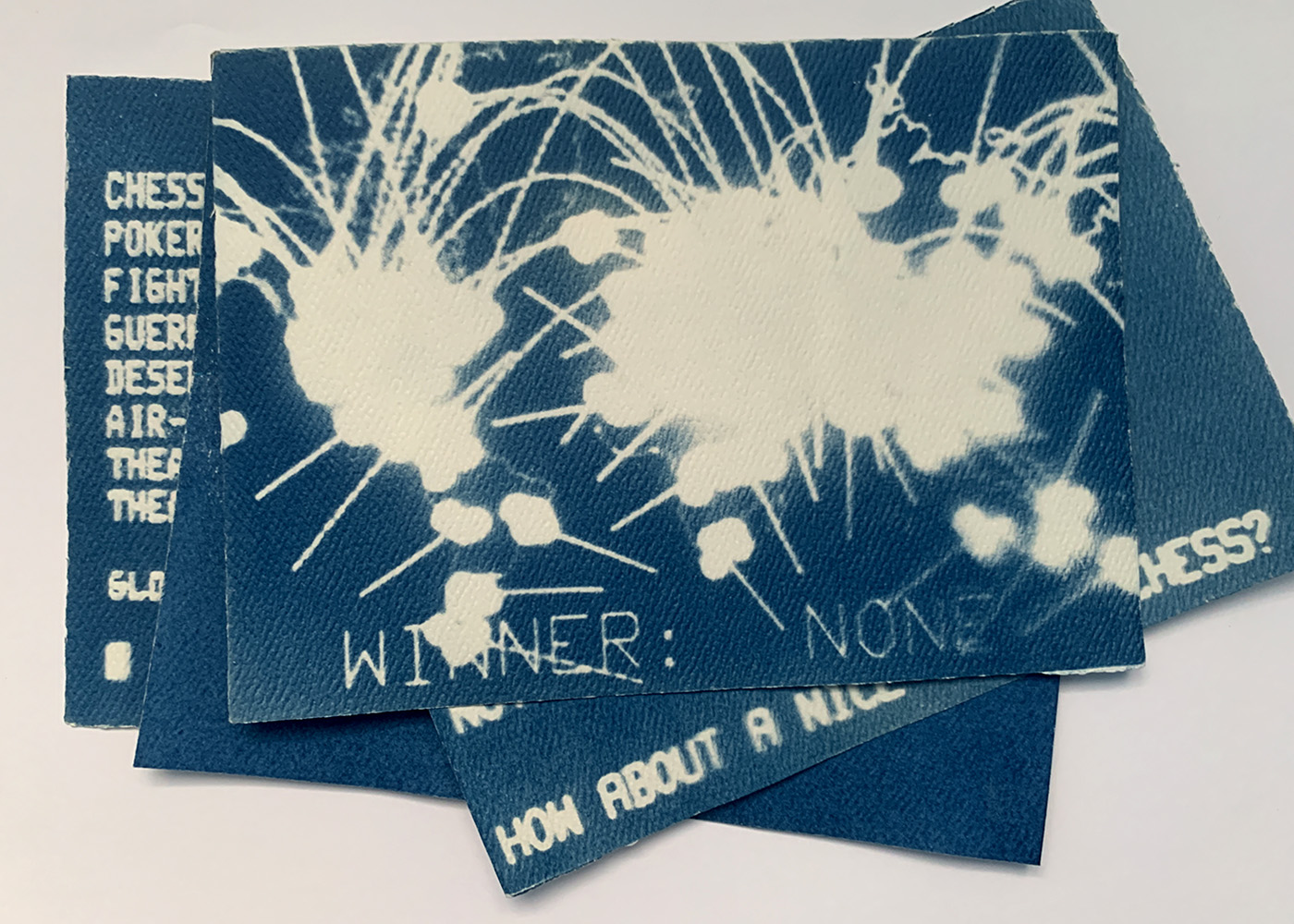 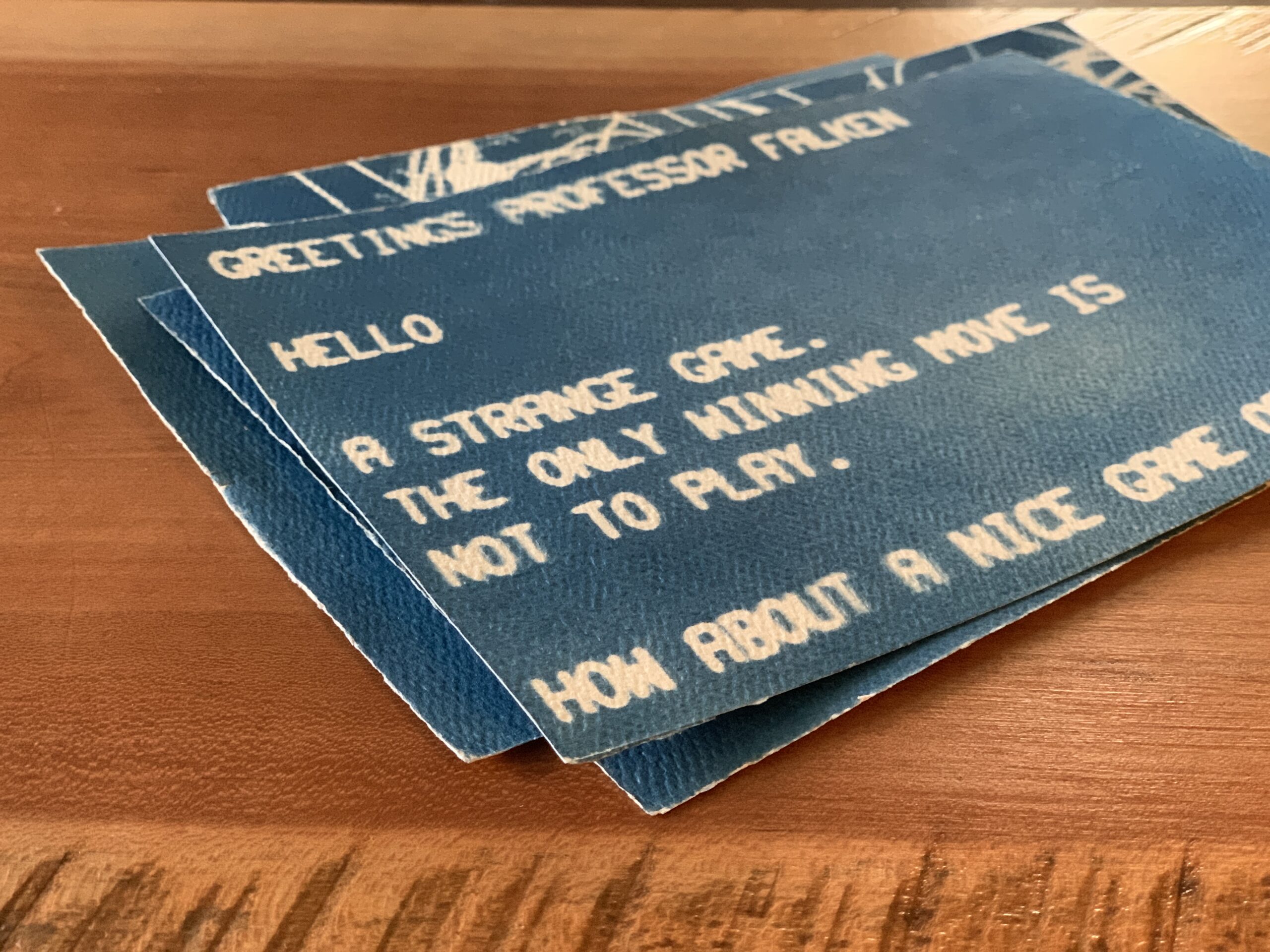 Cyanotype on watercolor paper, 7×5” each

The exhibit announcement: “…the theme is famous, fictional, digital, virtual, and/or computer-generated characters, environments, or objects. Think back to the early days of 80s/90s computer animation, or that thing when they would shoehorn some kind of kooky, clunky graphics into any movie where someone touched a computer, video games, CGI, whatever…”

I kept it simple this year, just like the interface for the WOPR computer in the 1983 film “WarGames”. WOPR (War Operation Plan Response) was a fictional military supercomputer that liked to play games and unlike many humans, could actually learn.

I captured some screens from the movie, adjusted and printed them on transparencies, then exposed small sheets of light-sensitive cyanotype paper overlaid with the screens. That’s about it.

Created fall 2020 for the annual Famous Fictional exhibit (usually held at Mad Art Gallery, St. Louis, Mo., but potentially showing virtually this year because Republican politicians are hurtful, insane, and reject basic science amidst a global pandemic that’s killed more people in the U.S. than in any other country. Wear your masks, dumbfucks.

Update: As of December 2020 the exhibit has been postponed.

Update #2: As of November 2021, this piece is now online! See the show at famousfictional.com.


I AM HERE @AGO
Back to Portfolio
2020 holiday card