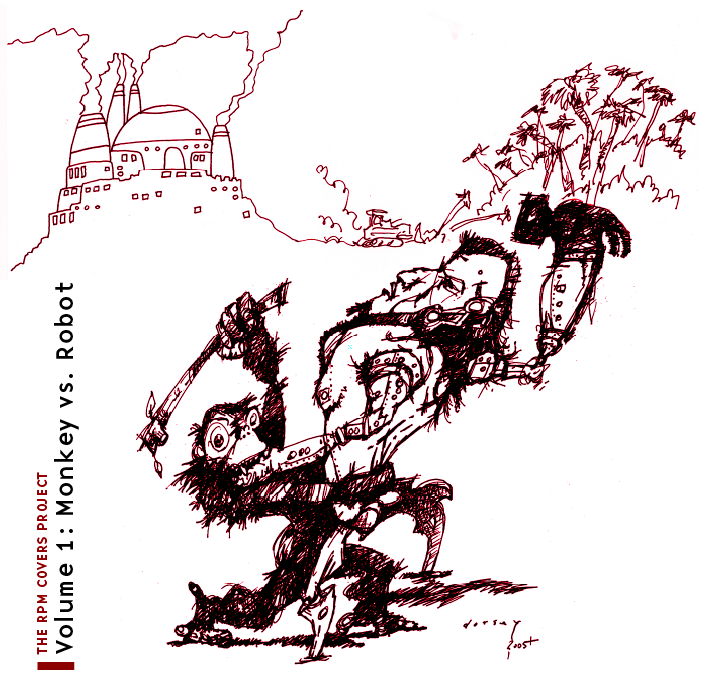 It’s done! I finally did it. The Monkey vs. Robot covers compilation is done! The CD features seven covers of James Kochalka’s classic. Everyone who participated will get a copy and a special excellent prize. Here is the awesome list of people and bands that went and done good:

I made 25 copies of the CD. There are still some left for those of you lucky enough to see this and ask nicely.

Back when Gmail was special, and I was special too, I occasionally used GmailSwap to give away invites. Someone posted that they’d sing the song of your choice in exchange for an invite. So I asked him to sing James Kochalka‘s “Monkey Vs. Robot.” I got one taker.

It was so good that I needed more. I wanted to make an entire covers album. But no one bit, and now everyone has Gmail. And I still want to make that album!