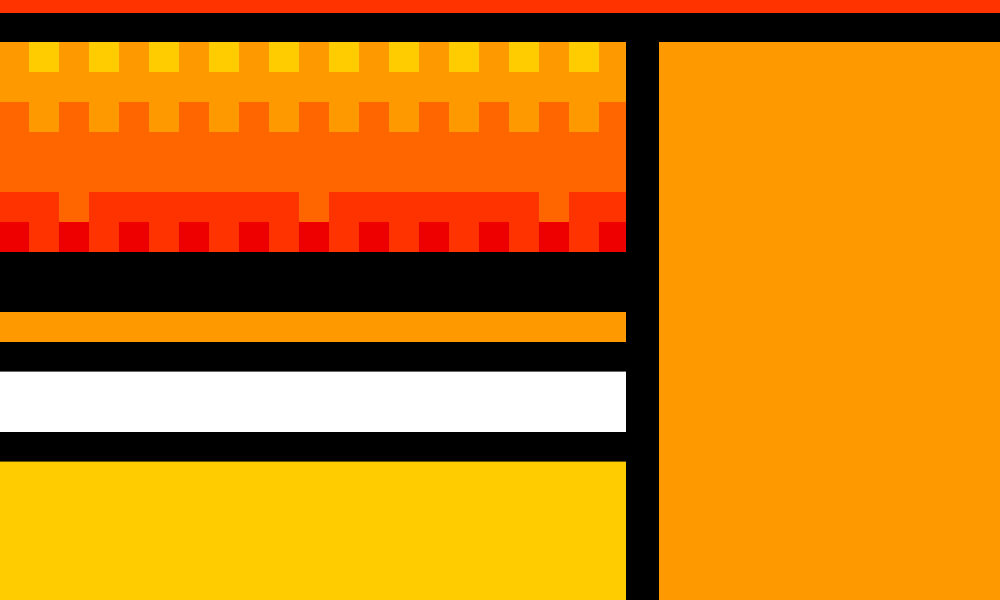 This is one of my profoundly unfinished projects.

It’s been gestating since 1996/97. Back then, on Mac OS 7 or 8, I used some forgotten shareware app to zoom into interface details and take extremely enlarged screenshots at the pixel level. I thought the look was really cool and even saw layout possibilities after using Photoshop to move things around a little on some of them.

Maybe a year later I actually coded up some HTML to make an online ‘zine called EXITEXIT, using those screenshots as page backgrounds and flowing text into the open areas. I intended to make an intense, labrynthian, fray.com-like web publication. It remains unfinished, of course, but I still have several dozen cool abstract pieces of pixel art that may, one day, become something.

But… they’ll probably just stay a Flickr set, because maybe I don’t need to do anything with them. Maybe the screenshots themselves are the finished project.