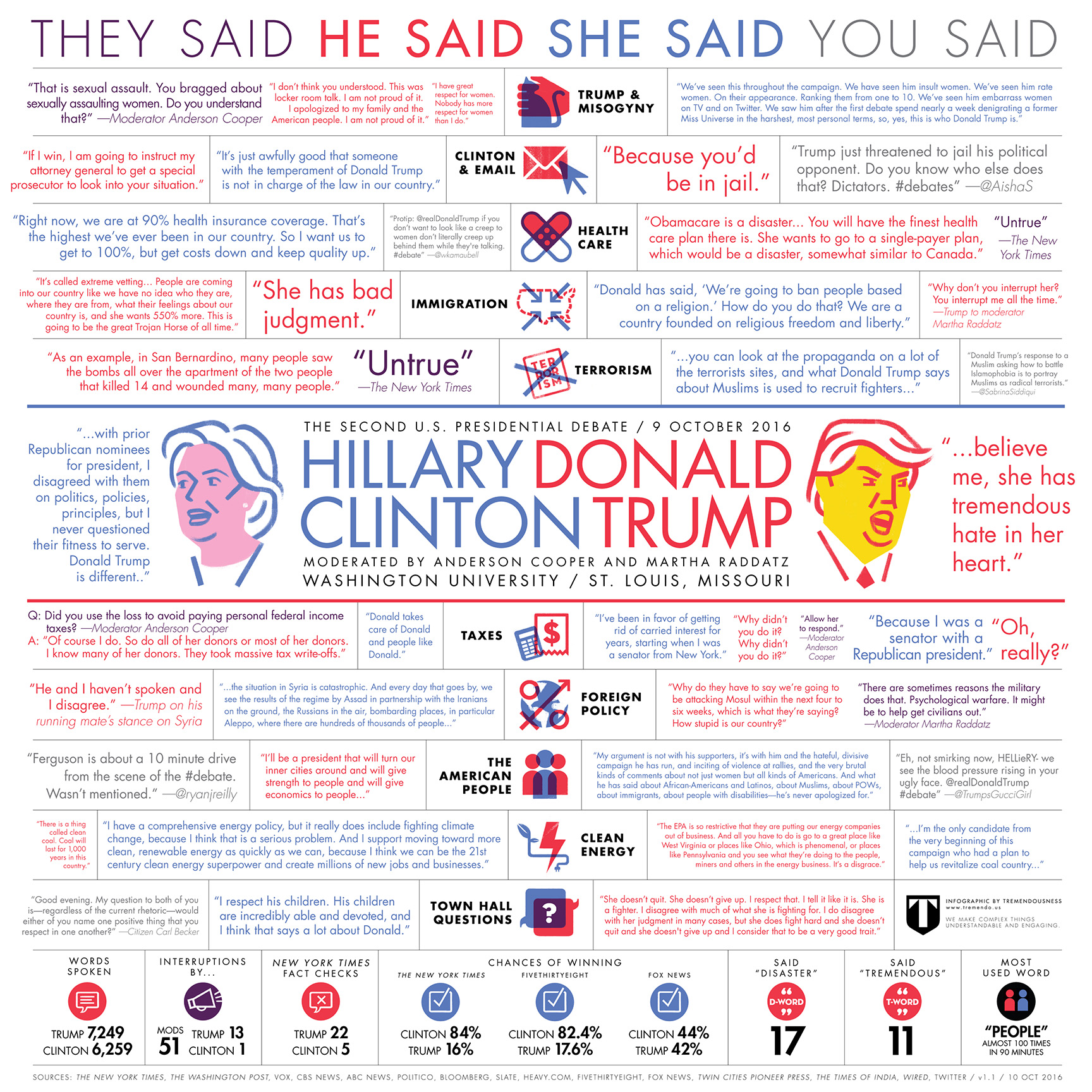 Over at Tremendousness we captured highlights and lowlights of the second U.S. presidential debate in an infographic—in their own words. I designed and edited it and Sara Wong illustrated the icons and portraits. Here’s a link straight to the PDF.

If you support Trump because you think he’s a good leader and businessman, he’s fooled you—you’re a fool.

If you simply prefer Trump because you love Bernie, hate Hillary, or want to be a party loyal—you’re a dogmatic fool.

If you actually believe in Trump because, like him, you’re a racist, a pathological liar, or are misogynistic, nationalistic, authoritarian, “Christian”—ha!, a climate change denier, a con artist, or are abusive, arrogant, ignorant, egomaniacal, or just plain white (or orange)—then clearly you’re not simply a fool… you have some dreadful evil inside you masquerading as politics. You actively work to make the world a worse place and I can’t understand it.

I just wanted to say this publicly so history knows I was not a fool.

Update: The next day John Scalzi published something that says exactly how I feel, every word: Trump, the GOP, and the Fall.


Veruca Salt vs Sgt. Pepper
Back to Portfolio
Finding gratitude